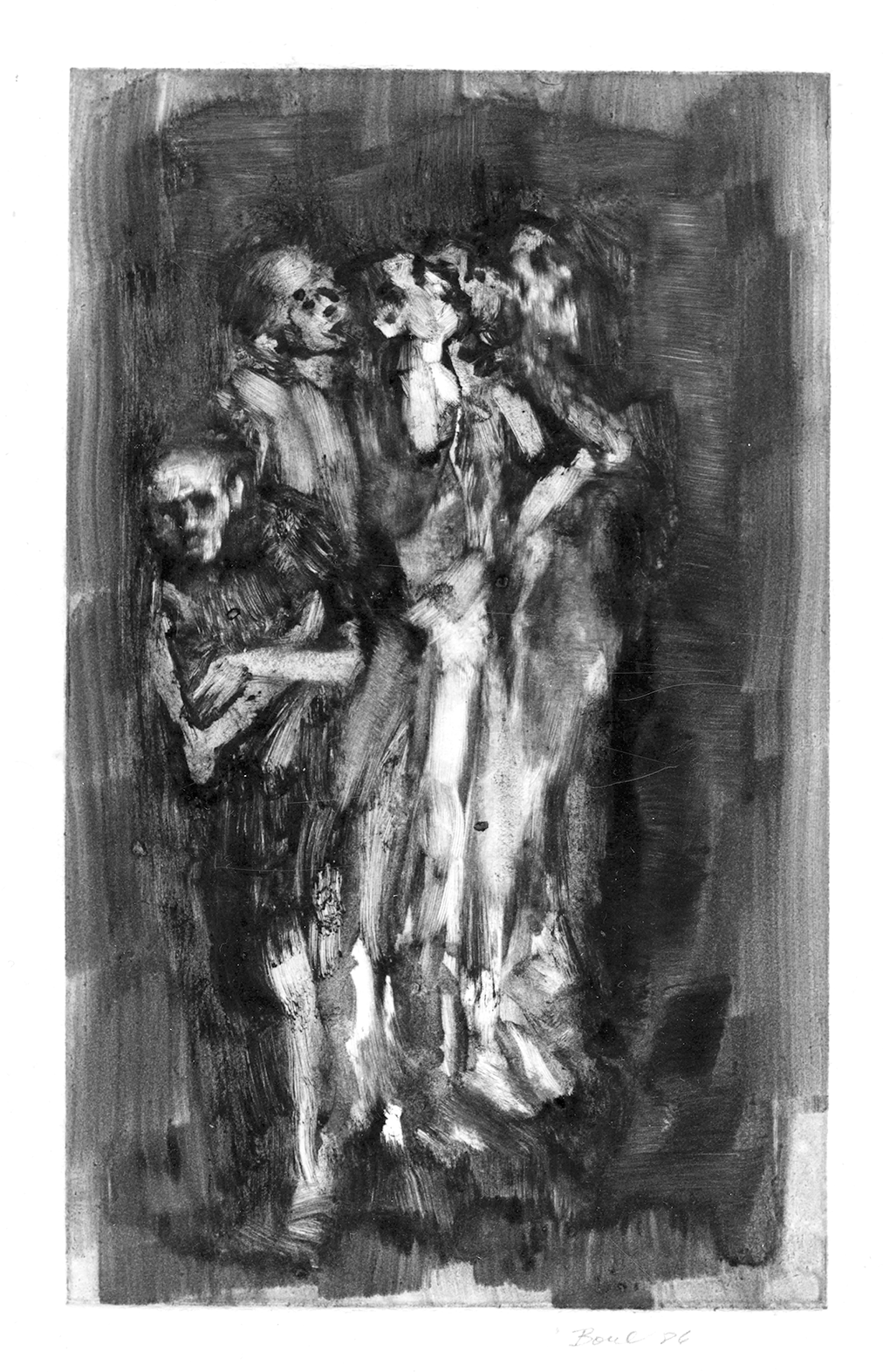 Holocaust Museum Los Angeles presents “Jack Boul: Reflections of a Post-War Europe,” an exhibit running from Oct. 1 through the end of November featuring Boul’s work which reflects his personal experiences and the horrors of World War II.

“Jack Boul: Reflections of a Post-War Europe” explores emotional reactions to witnessing the consequences of the inconceivable brutality and suffering that occurred during the Holocaust. The works by American artist Boul capture the loss and desperation, and unbelievable survival and resilience, that was often too difficult to express in words.

Boul was drafted into the U.S. Army in 1945 and stationed at a German prisoner of war camp near Pisa, Italy. German prisoners of war denied mounting evidence of the Holocaust to Boul, greatly upsetting him.

After the war, Boul studied at the Cornish School of Art and later American University, where he became a professor of art. He began exhibiting his work in 1951 in group and solo shows.

The graphic and horrific images of the Holocaust have stayed with Boul throughout his life. After he studied the official World War II photographs at the National Archives, Boul created the Holocaust series to be displayed. The collection was first shown at Washington’s Corcoran Gallery of Art in 2000 and later donated to Holocaust Museum Los Angeles. Boul views the collection as his way of keeping the history alive.

“I thought it was important that they not be forgotten,” Boul said.

Admission is free, but reservations are required. Holocaust Museum Los Angeles is located at 100 The Grove Drive. For information visit holocaustmuseumla.org/post/jack-boul-exhibit.