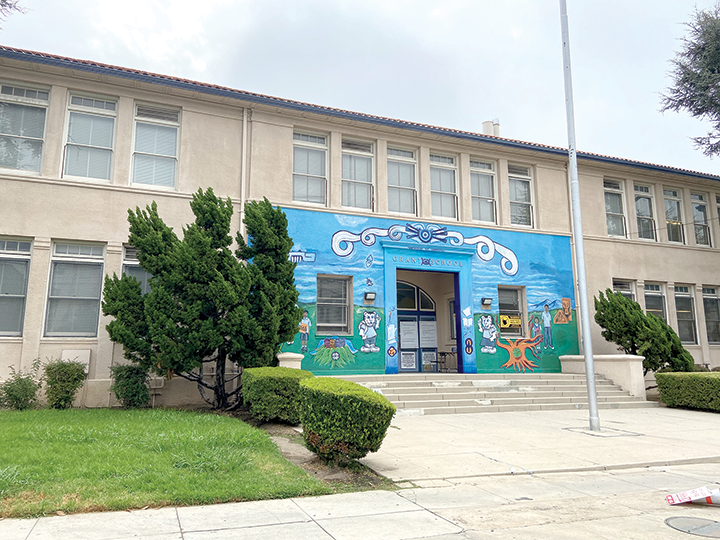 At its peak, officials identified as many as 17 active cases at the school. However, that figure was down to nine on Tuesday.

“Los Angeles Unified confirmed that the Los Angeles County Department of Public Health identified a COVID-19 outbreak at Grant Elementary School,” a district spokesperson said in a statement. “The cases are concentrated in a single classroom, and Los Angeles Unified is fully cooperating with the department of public health. The district has alerted all those potentially impacted, and the quarantined class has been provided with instructional materials to continue their studies.”

LAUSD Board of Education member Jackie Goldberg, whose district includes Grant Elementary, said she has been in contact with school officials every day since the outbreak occurred. When asked if school operations were back to normal, the board member said the outbreak had little impact.

“Actually, they never stopped being at ‘normal,’” Goldberg added.

Grant Elementary School is also the first and only district school to report epidemiologically-linked cases, according to district data. Goldberg said two siblings and their cousin were in the fifth-grade class that quarantined, and that the health department has withdrew its determination that the cases were transmitted at school.

“County doctors are now saying they’re not sure,” she said.

Several of the students who tested positive and a majority of the students who had to quarantine returned to school as of Tuesday, Goldberg said. On Monday, the district updated its interim continuity of learning plan, which was not supplied to the media. The board member, however, discussed it openly.

“We’re telling everybody everything. No secrets here,” Goldberg said.

“We haven’t figured out how to teach two groups at once,” Goldberg added.

She said the district has a similar set of guidelines for its middle schools and high schools.

“It is where we are now,” Goldberg said when asked if the guidelines will be beneficial for school administrators. “It gives everyone clarification right now.”

Overall, she is satisfied with the district’s response to the challenges COVID-19 has presented since school started on Aug. 16.

“It’s working,” Goldberg said. “We’re being extremely cautious, and as a result, we have an extremely low positivity rate.”

On Tuesday, the district reported more than 2,100 active cases and a district-wide case rate of 31.57. The case rate is the seven-day rolling average of cases per 100,000 students and staff members.

“It’s been overwhelmingly successful,” she said, adding that 86% to 90% of students are in attendance daily. “That’s pretty good for a pandemic. …It’s the testing and [contact] tracing that’s doing it.”

WeHo warns about water use as drought worsens

A European oasis on The Terrace at the Maybourne Beverly Hills