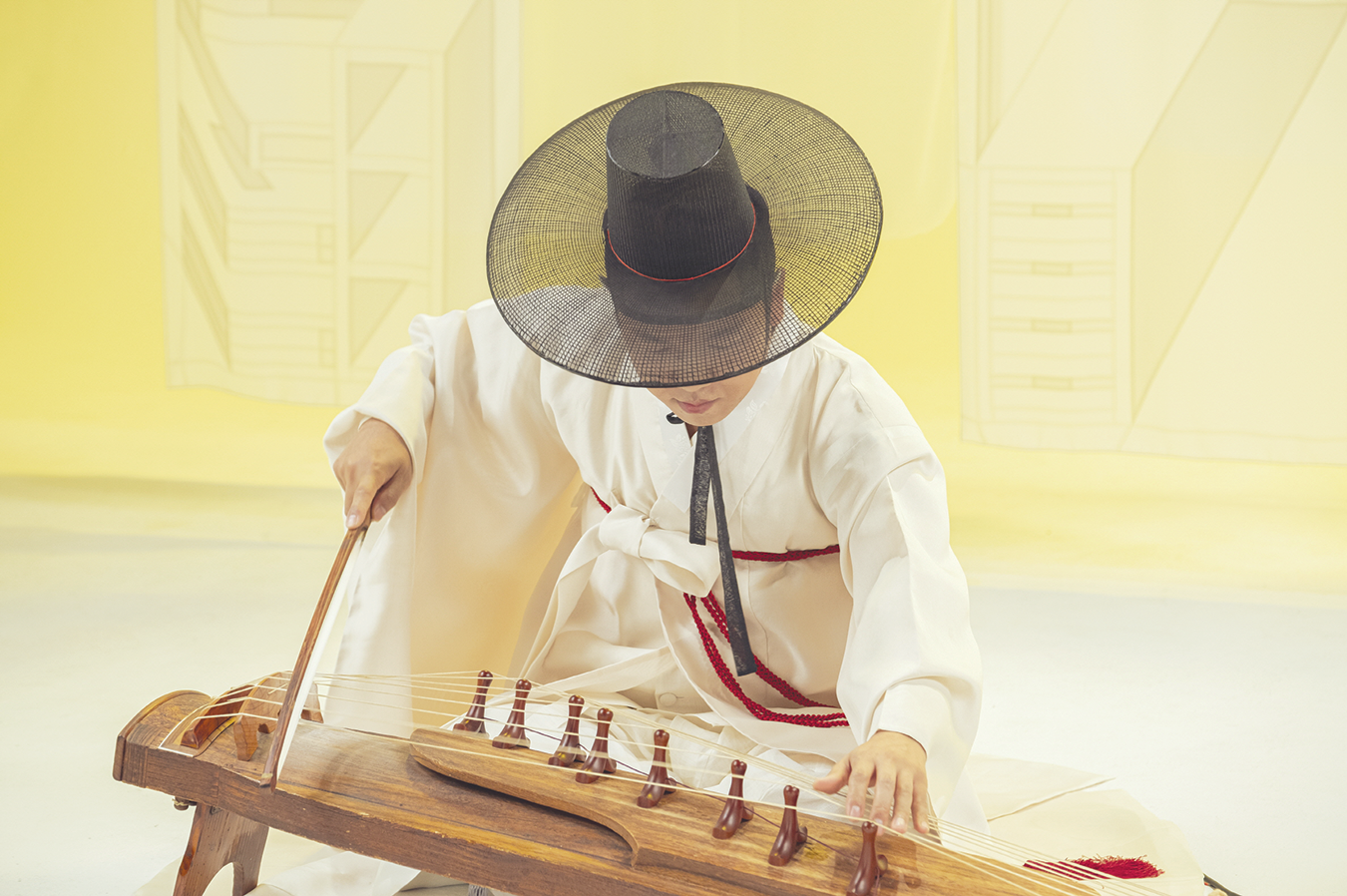 Instruments include the daegeum, a transverse wind instrument; cheolhyeongeum, a metal stringed instrument; geomungo, a six-string board zither; ajaeng, a bowed zither with seven strings; piri, a double-reed bamboo instrument; and haegeum, a two-string fiddle. Jeong-ga, classical vocal for music; gayageum byeongchang, featuring gayageum with singing; and minyo, which are folk songs, will also be included in the series.