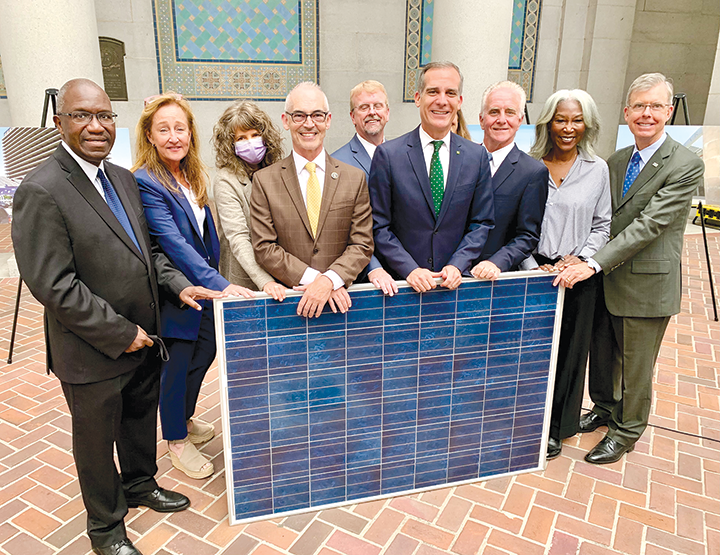 After $30 million was allocated for the program in the current fiscal year’s budget, the program was officially initiated in a motion co-introduced last week by O’Farrell and Krekorian.

Garcetti also capped off Climate Week 2021 by announcing that Los Angeles is signing onto the global C40 Renewable Energy Declaration, joining other cities around the world in advancing just and equitable energy transitions to combat the climate crisis.

“This is a critical moment in the climate crisis, and we have to make sure city government is forging the path toward a clean energy future,” Garcetti said. “Los Angeles has one of the most ambitious green energy agendas in the world, and this commitment to invest in more renewable energy in city buildings is the latest example of L.A. leading the way on the fight to curb climate change.”

“We recently adopted the LA100 goal of 100% renewable energy by 2035, and I noted that this was not simply aspirational, but a work plan for a world in trouble,” O’Farrell said. “This unprecedented, coordinated investment between the Department of Water and Power and many city agencies will transform Los Angeles.”

Shop and dine in Beverly Hills with ‘First Thursdays’ program