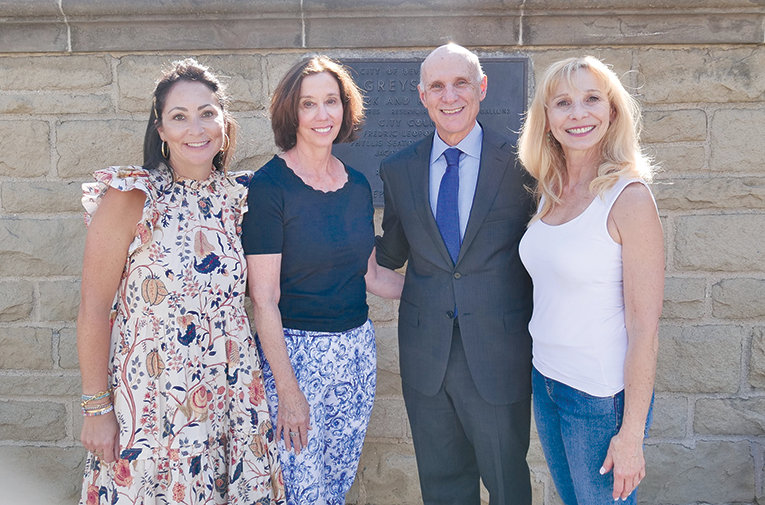 The city of Beverly Hills celebrated the 50th anniversary of the grounds of Greystone officially becoming a public park on Sept. 19. Celebrating the original intent of the grounds as a “quiet area of natural beauty for strolling, relaxing and meditation,” and in the spirit that “parks make life better,” participants walked the pathways, took in the architecture and the fountains and enjoyed a moment of relaxation.

Posters throughout the grounds highlighted historic views of the property, and each visitor received a commemorative brochure.

Completed in 1928 for the son of oil tycoon Edward L. Doheny, Greystone Mansion and Gardens was purchased by the city of Beverly Hills in 1965, and in 1971, the entire 18.3-acre site was formally dedicated as a public park. Greystone was listed in the National Register of Historic Places in 1976, and in 2013, was designated Beverly Hills Local Historic Landmark No. 4.

Greystone Mansion & Gardens is a popular event site for weddings, corporate events, photo shoots, meetings and other private functions. Long an iconic location for motion picture and television shoots, Greystone has been featured in dozens of films, including “The Big Lebowski,” “Spider-Man,” “The Social Network” and “There Will Be Blood.”

Raman calls for funds for Encampment to Home Program

Seventy-five has a nice ring to it!