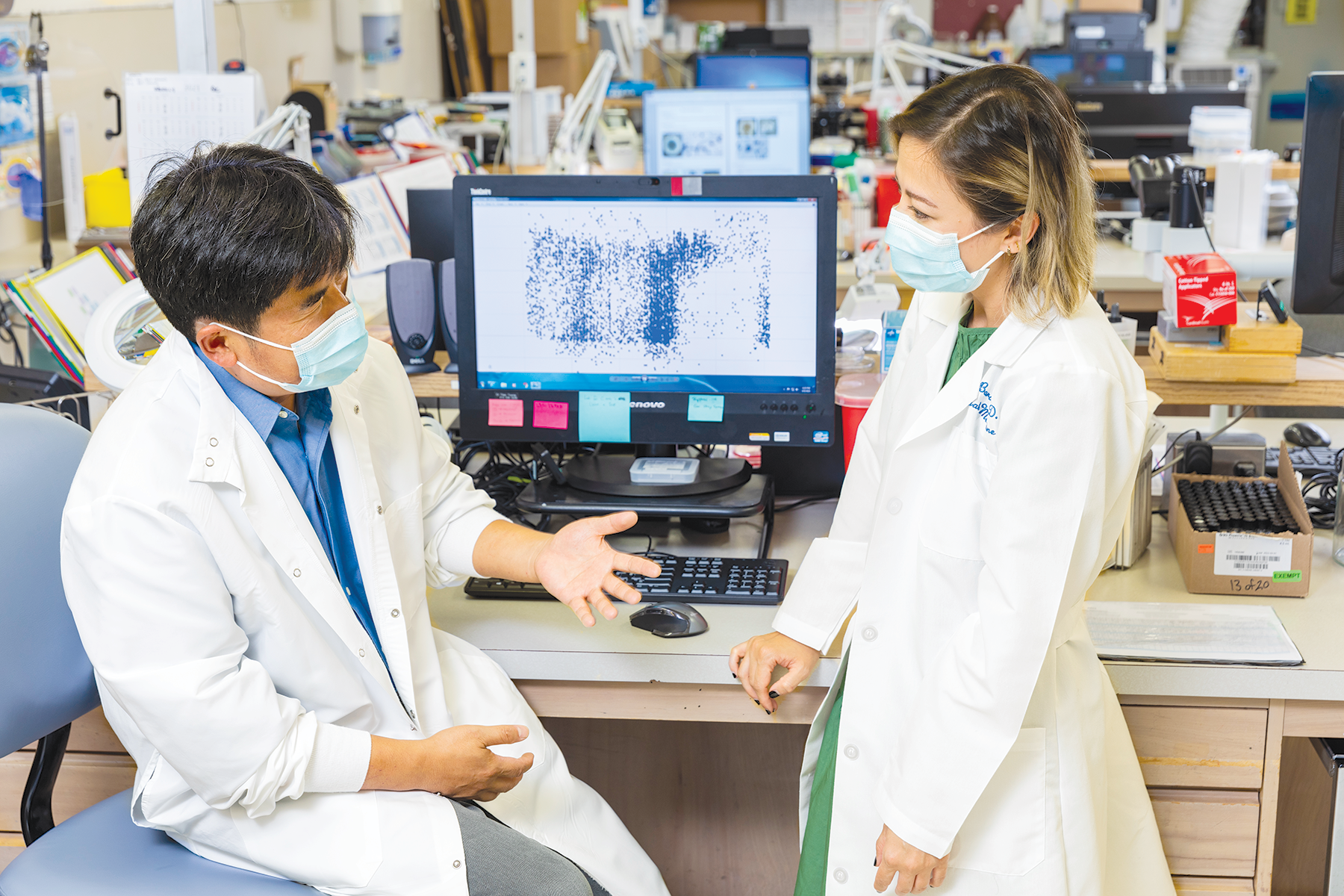 Scientists at Children’s Hospital Los Angeles have uncovered mutations of the COVID-19 virus that have been recognized by the global scientific community and may explain why certain versions of the virus – like the Delta variant – are more contagious.

“Genomic surveillance is critical,” said Dr. Xiaowu Gai, director of bioinformatics in the Center for Personalized Medicine at Children’s Hospital Los Angeles. “This is the only tool we have to identify mutations. We can track these mutations to help guide public health measures.”

Gai and his colleagues have sequenced every COVID-19-positive sample they have received since the beginning of the pandemic, totalling more than 3,000 samples. In addition to sequencing, Gai’s bioinformatics team analyzes the results for viral mutations, allowing them to identify existing and emerging variants to support CHLA’s contact tracing and genomic epidemiology efforts to track transmission patterns. The team then shares findings with databases used to by investigators studying COVID-19 around the world.

Working with Dr. Jennifer Dien Bard and colleagues in the Department of Pathology and  Laboratory Medicine, Gai and his team have helped CHLA publish the results of multiple SARS-CoV-2 studies, including the largest pediatric COVID-19 study of its time, which identified a potential link between certain mutations and severity of disease in children. Another publication demonstrated the effectiveness of public safety measures in limiting the spread of specific strains of the virus.

Recently, investigators in the Center for Personalized Medicine analyzed more than 1.3 million SARS-CoV-2 genome sequences from global databases to trace the lineage of the Alpha variant, which emerged in the U.K. in September 2020. The Alpha variant rapidly became dominant, accounting for more than 90% of cases in Europe and nearly 60% of COVID-19 cases in the United States until the emergence of the Delta variant.

The team’s most recent work reveals mutations in genes that affect the virus’s ability to bind to and infect human cells. One study identified a sub-lineage of the Alpha variant that became officially recognized and named “Q.3.” in the internationally recognized SARS-CoV-2 classification system, Pangolin. The study was also included in the CDC’s COVID-19 Genomics and Precision Public Health Weekly Update and cited by the Global Virus Network, an international resource portal for tracking SARS-CoV-2 mutations.

One of the mutations they reported in the paper (called “M:I82T”) is now a recognized feature in the well-known Delta variant. A second study identified the emergence of a mutation that increased in frequency by more than a factor of 10 in the United States in just two months (February through April 2021). The team is carefully tracking the mutation for any signs that it may contribute to an emerging variant of concern.