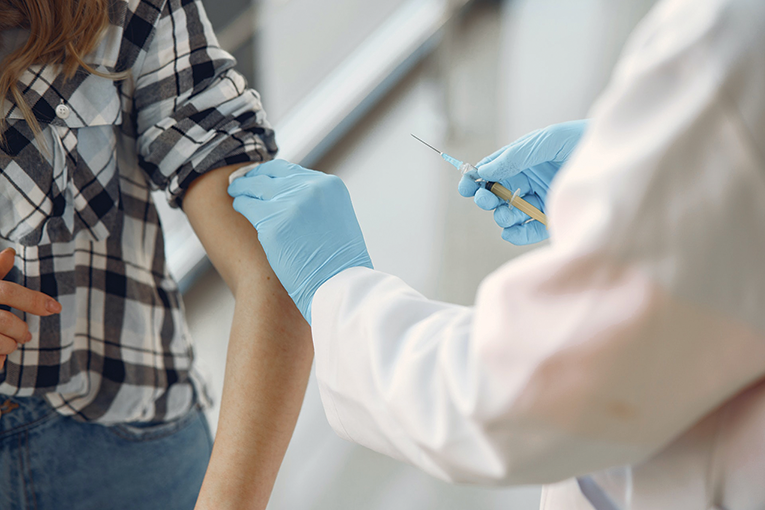 The Beverly Hills Unified School District stopped short of calling for student vaccinations at its meeting on Sept. 14, but the Board of Education reiterated its interest in pursuing weekly testing for vaccinated and unvaccinated students at district schools.

Several members of the public spoke on the subject prior to the board asking district staff to return at a future meeting with a draft policy. Some called for vaccinations, while others denounced them. Some felt that it was not the district’s place to create such policies.

Although passionate arguments were made on all sides, Superintendent Dr. Michael Bregy assured the virtual audience that district staff would not be looking to make “splashy headlines” with their draft policy, which was “very close” to being completed.

“We needed one more session,” he said. “We did not want to lead the board in any way. It’s been a very honest and very productive conversation, and I’m glad we took the time to do that.”

Currently, the district requires students to get tested prior to returning to school if they have traveled outside the state. Additionally, Los Angeles County public health officials require students who participate in medium- or high-risk sports and are unvaccinated to receive weekly tests.

Generally, board members felt that a testing requirement would be a good starting point.

“At this time, I feel that, at a minimum, the standard of testing that we are applying to our teachers and adults should be applied for our children and students,” board member Dr. Amanda Stern said.

However, the board wanted to ensure that testing is conducted in a way that does not disrupt classrooms.

“We just don’t want to say, ‘That’s it. We’re testing everybody. We’re yanking you out of class whenever we feel like it.’ That’s not the goal of anybody here,” board member Noah Margo said. “We want to make sure this has as little interruption into the educational day as possible when we get around to the testing.”

As far as vaccinations, Vice President Tristen Walker-Shuman said it’s likely that the state mandates them for students aged 16 and older soon.

“I think that going ahead and being at the forefront is not a bad thing,” she said. “I understand that not everybody agrees. I understand that only impacts a small part of our population, even in the high school, but I think it’s a really good place to start.”

“I would say that if we are able to ensure that we face more limited legal trouble in the event of mandating vaccines for 16 and up, then I’m fully in favor of it,” he added.

Stern said she felt that implementing a vaccination policy at this time would be “premature,” even though she believes the vaccines are safe.

“I’m not comfortable with telling somebody – unless it’s mandated by the state at that point, then I have no choice – that you have to have your child vaccinated,” Marcus said. “I don’t want anybody to tell me that I have to do that.”

Syd teams up with LA Phil