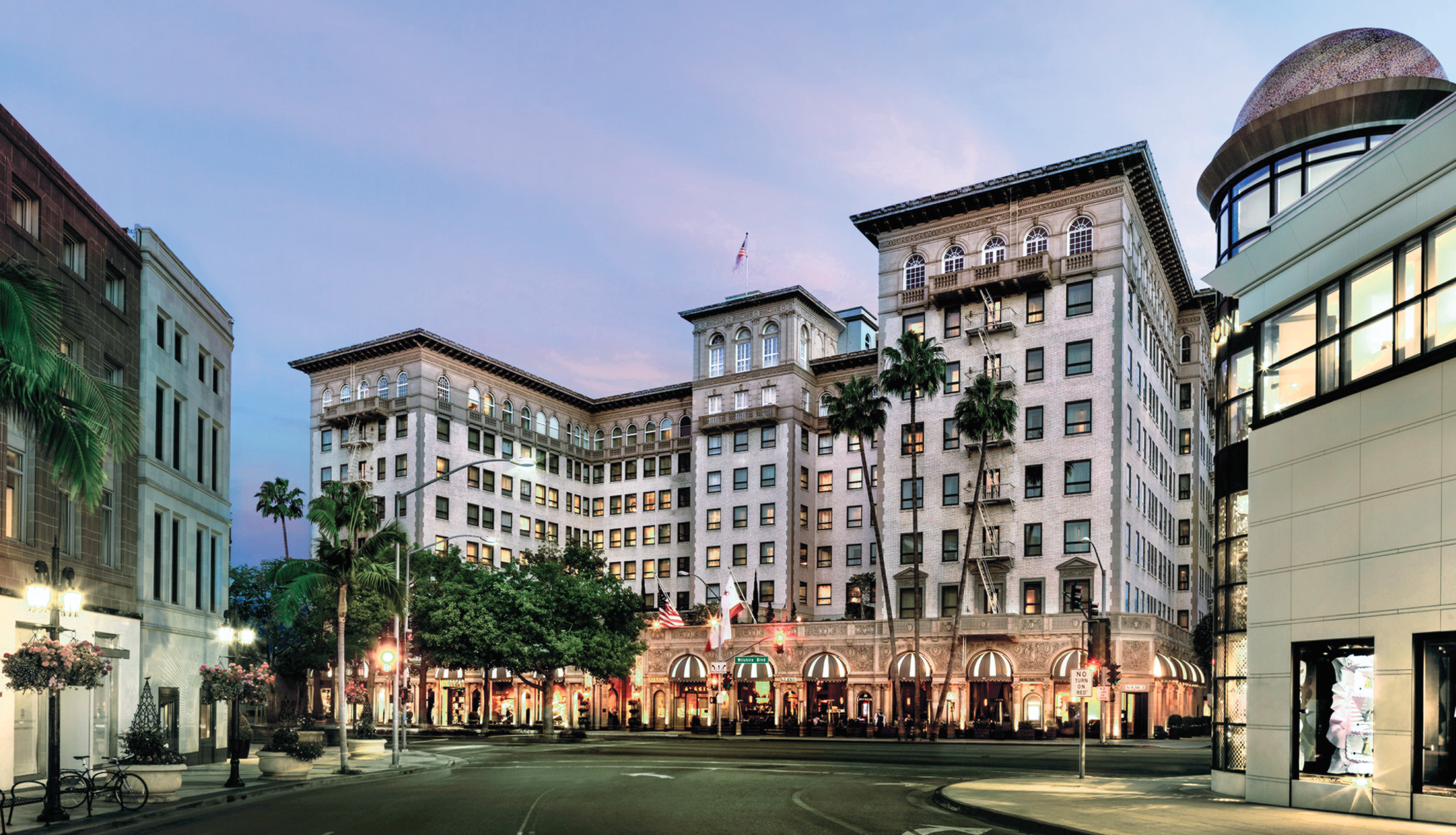 For nearly a century, the Beverly Wilshire, a Four Seasons Hotel, has welcomed everyone from Hollywood royalty and renowned dignitaries to Beverly Hills locals and international travelers to its storied property. With a prime position overlooking Rodeo Drive and ornate European inspired interiors, the hotel has become an iconic feature of the Beverly Hills landscape, immortalized in several popular films. The hotel embraces its place in cinema history with a few tongue-in-cheek nods, including a signature drink served in their THEBlvd restaurant that might leave a person feeling “pretty.”

The hotel, originally called the Beverly Wilshire Apartment Hotel, was constructed in 1928 on the site of the former Beverly Hills Speedway, a board track that once ranked second in the country after the Indianapolis Motor Speedway.

At the time, only 1,000 people resided in Beverly Hills, and the nascent city was still largely undiscovered.  In 1940, the hotel unveiled a new name along with sizable renovations, including the addition of a grand ballroom, an Olympic-sized swimming pool and professional tennis courts helmed by tennis champion Pancho Gonzalez. Throughout the 1950s, celebrities and prominent politicians flocked to the hotel’s Copa Club Bar and hosted galas in the ballroom. In 1971, The Beverly Wing expansion opened, featuring four new dining concepts and a new Mediterranean-style pool modeled after the pool at Sophia Loren’s Italian villa.

In 1987, the National Register of Historic Places added the Beverly Wilshire to its esteemed list. After completing $65 million in renovations, the luxe property joined the Four Seasons Hotels and Resorts family in 1992.

While the hotel appears in several popular films including “Clue-less,” and “Sex and the City: The Movie,” it first gained worldwide recognition in the 1980s and 90s when it was the central backdrop of blockbuster films “Beverly Hills Cop,” and “Pretty Woman.” And with the shops of Rodeo Drive just steps away, guests today can still realize their Julia Roberts-inspired shopping spree dreams.

Whether sharing a dinner on a private balcony or feasting along Wilshire Boulevard, the hotel offers a host of unique dining experiences including chef Wolfgang Puck’s CUT. The high-end steak-house menu features indulgent items like a 40-ounce prime tomahawk steak and maple-glazed pork belly.

The quality and care put into each dish is especially palpable in a seemingly simple appetizer of grilled sourdough drenched in olive oil and topped with a garlic confit, fresh tomatoes and basil. The freshness of the seasonal ingredients makes this leveled-up bruschetta a must-try starter to set the tone for your meal.

A garlic-spiced char-grilled chicken served over a bed of couscous delivers a healthy dose of spice, artfully tamed by the chef’s inclusion of a pomegranate seed garnish. The restaurant embraces worldly influences with dishes like seared scallops over woon sen noodles in a tom kha gai broth.

Escape to TheBlvd for a night of luxury while enjoying an innovative dinner in a grand space at the iconic Beverly Wilshire hotel.