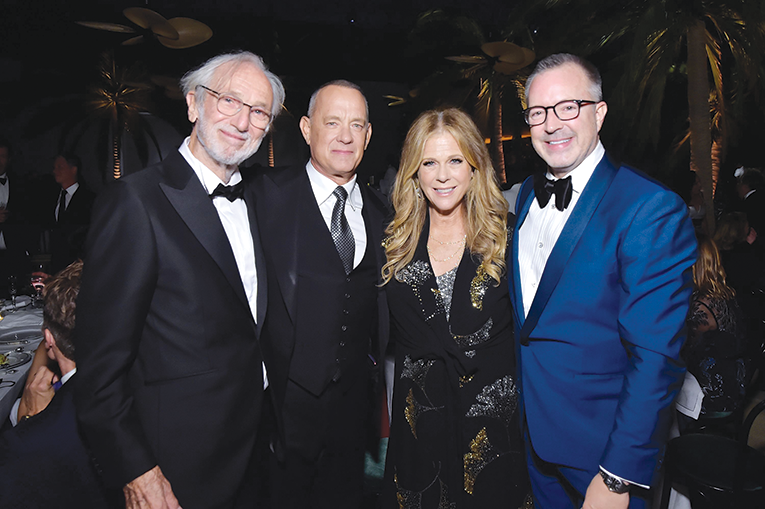 The Academy Museum will open its doors to the public for the first time on Sept. 30, welcoming guests who have purchased timed-tickets into its galleries filled with exhibits, memorabilia and ephemera dedicated to the magic of movie-making.

Los Angeles city and county officials will join museum administrators, members of the Academy of Motion Pictures Arts and Sciences and special guests at 9 a.m. for a private ribbon-cutting ceremony and Tongva Native American land acknowledgment on the Walt Disney Company Piazza. Academy Museum director and president Bill Kramer will serve as master of ceremonies. Afterward, the museum will officially welcome its first guests.

The opening ceremony will complete a week of special events at the museum, including preview days for members and an opening gala on Sept. 25. Co-chaired by Jason Blum, Ava Duvernay and Ryan Murphy, the star-studded gala raised more than $11 million for the museum. It honored writer, producer and director Haile Gerima, actress Sophia Loren and Academy Museum Campaign leaders Bob Iger, Annette Bening and Tom Hanks.

Gerima received the inaugural Vantage Award for his work as a filmmaker contextualizing and challenging narratives around cinema. Loren was given the first Visionary Award for her contributions advancing the art of cinema.

Iger, Bening and Hanks were presented with Pillar Awards for their leadership in the Campaign for the Academy Museum, which raised $388 million. More than 13,000 donors contributed, with the largest gift coming from Haim and Cheryl Saban, who donated $50 million. The Academy Museum’s primary building, a former May Company department store, was named the Saban Building in their honor.

The Academy Museum features 50,000 square feet of gallery space and includes the core exhibition “Stories of Cinema,” which explores all aspects of the history, arts and sciences of moviemaking. The museum’s first temporary exhibit, “Hayao Miyazaki,” is on display in the museum’s Marilyn and Jeffrey Katzenberg Gallery and pays tribute to the Japanese filmmaker’s life, career and work with Studio Ghibli.

Other inaugural exhibits are “The Pixar Toy Story 3D Zoetrope,” “The Path to Cinema: Highlights from the Richard Balzer Collection” and “Backdrop: An Invisible Art.” Visitors can also experience the thrill of winning an Academy Award in the “The Oscars Experience,” where they will enter an immersive environment that simulates walking on stage at the Dolby Theatre and accepting an Oscar.

The museum will also hold film screenings in the spherical 1,000-seat David Geffen Theater, designed by architect Renzo Piano, and the 288-seat Ted Mann Theater, beginning on Sept. 30 with a special presentation of “The Wizard of Oz” with live musical accompaniment. The museum’s Oscar Sundays and Family Matinee series will feature famous films spanning the history of the medium, and lectures and presentations will be held in the two theaters. The museum is also planning ongoing educational programs and tours for schools. The opening festivities at the Academy Museum will conclude on Oct. 17 with a free community celebration from 10 a.m. to 6 p.m.

Tickets to the Academy Museum are available only through advance online reservations by visiting academymuseum.org/en/tickets, and by using the Academy Museum’s mobile app. General admission tickets are $25 for adults, $19 for seniors 62 and older and $15 for students. Admission is free for guests 17 and under. “The Oscars Experience” requires a separate $15 ticket.