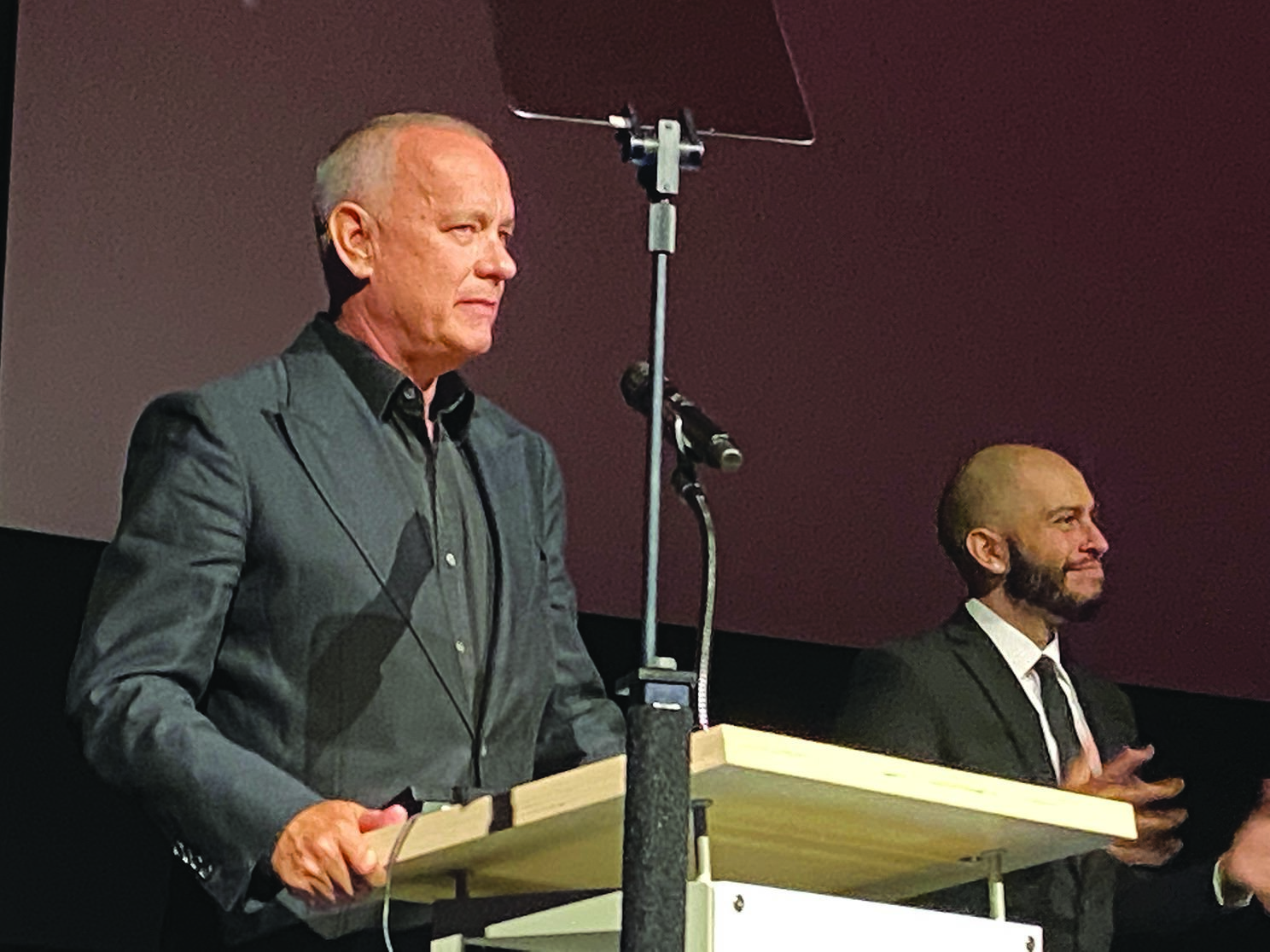 The long-awaited Academy Museum of Motion Pictures opened its doors for a special preview on Sept. 21 ahead of its official public opening on Sept. 30.

Academy Museum Director and President Bill Kramer was joined by members of the Academy of Motion Picture Arts and Sciences’ leadership, as well as actor Tom Hanks and actress Anna Kendrick, for welcoming remarks in the spherical David Geffen Theater. Also joining them was architect Renzo Piano, who designed the landmark sphere.

“It’s my great pleasure to welcome you to this new home for the art of film here in Los Angeles, the world capital of movie making,” Kramer said. “The museum is a 300,000-square foot-complex comprising two buildings connected by glass enclosed bridges. The Saban Building, which houses our galleries, was once an iconic 1930s streamline moderne department store. [The David Geffen Theater], with its glass-topped concrete sphere, is the crown jewel of Renzo’s design. We know the Academy Museum will become an instant landmark in Los Angeles, a must see destination for residents and visitors alike. We will be the world’s premier museum dedicated to the arts and the sciences of movies. Through our exhibitions, screenings, programs, publications, visitors will have an unprecedented opportunity to explore every facet of filmmaking and to directly connect with the movies that have left an indelible stamp on their lives. And for filmmakers, we hope this museum will become a home for enduring recognition, celebration and discourse among those who make and appear in movies.”

Piano said he is proud of the spherical design of the Geffen Theater but asked that people not refer to it as “The Death Star.”

“Call it a zeppelin or a flying vessel, that’s better,” Piano said. “Or a soap bubble. It will never blow up. It’s very well done.”

Hanks invited the public to join him and Oscar-winning actor Laura Dern for “A Night in the Academy Museum,” a program that will be shown at 7 p.m. on Tuesday, Oct. 12, on ABC. He added that the new Academy Museum will play an important role in showcasing the history of movies and filmmaking.

“To paraphrase the words of Han Solo when he approached the Death Star, ‘I have a good feeling about this,’” Hanks said. “Movies continue to be the magical art that speak to everybody. They deserve to be honored and explored and enjoyed in a new museum.”

Hanks also said it could take “three-and-a-half days” to see the entire museum, and one of the museum’s exhibits was particularly poignant.

“There’s one particular gallery I saw that spoke to me about everything this museum stands for. It is filled with old magic lanterns. Hundreds of years ago, before there was electricity, candles projected a lifelike image onto a white wall in a room. And on that wall were scenes of the world in color, of pagodas and tigers and lions and volcanoes, and not just volcanoes from the past, but volcanoes that exploded before your very eyes. That was the projected image that told a story in that dark room and made people like all of us want to go inside that dark room and be transported to another place. I think every single one of us can remember a movie that moved us and also the theater that we saw it in. They provide the same kind of magic that they provided people in the 1700s when they went in to take in the magic of that magic lamp. And that’s what this building looks like to me as I drive by and take in the cityscape of Los Angeles.”

The Academy Museum will officially open with a dedication ceremony for invited guests at 9 a.m. on Sept. 30. Following a Tongva Native American land acknowledgment, the program will include remarks by Academy of Motion Picture Arts and Sciences CEO Dawn Hudson and President David Rubin, among many other public officials and dignitaries.

Visitors at the new museum can view its core exhibit, “Stories of Cinema,” which offers perspectives on the disciplines and impact of moviemaking throughout the years. The museum’s initial temporary exhibition focuses on Japanese filmmaker Hayao Miyazaki, providing the first museum retrospective in North America of his work with Studio Ghibli.

Additional exhibits include “The Path to Cinema: Highlights from the Richard Balzer Collection,” with optical toys and devices used in films, and “Backdrop: An Invisible Art,” which includes the painting of Mount Rushmore used in Alfred Hitchcock’s film “North by Northwest.” The “Oscars Experience,” an immersive simulation in which guests virtually take the stage and receive an Oscar statuette, is sure to be a crowd pleaser, museum officials said.

Other highlights include displays of movie memorabilia, such as Dorothy’s ruby slippers from “The Wizard of Oz,” models of the other-worldly characters from the “Star Wars” franchise, and a 25-foot long fiberglass model of Bruce the shark from the movie “Jaws.”

The Academy Museum will also host numerous screenings and special programs in the 1,000-seat David Geffen Theater and the 288-seat Ted Mann Theater, including opening screenings of “The Wizard of Oz” at 2 and 7:30 p.m. on Sept. 30 in the Geffen Theater with live musical accompaniment by the American Youth Symphony and Oscar nominee David Newman.

Academy of Motion Pictures Arts and Sciences leaders stressed that the new museum is inclusive to everyone and will feature exhibits and programs showcasing the diversity of the industry.

“We eagerly await engaging visitors in accessible, multifaceted conversations about the history of filmmaking and the impact that cinema has on our lives,” said Jacqueline Stewart, chief artistic and programming officer of the Academy Museum. “We look forward to welcoming people to the museum, our galleries, theaters and educational spaces. We hope visitors will learn more about films they know and love, make new cinematic discoveries, and feel inspired to share their own stories.”

Kramer invited everyone to share in the experience of movie magic and said he is proud of how the iconic Academy Museum will bring people together through filmmaking.

“We are living in changing and ever-evolving times, and now more than ever we need to come together to share our stories, learn from one another and bond over being entertained and delighted. This is what movies do, and we are thrilled to be opening such a dynamic, diverse and welcoming institution devoted to this beloved artform,” Kramer said.

Hanks offered a special invitation to visit the museum, and added that visitors will see that it was worth the wait.

GLAZA out, Zoo Lights on