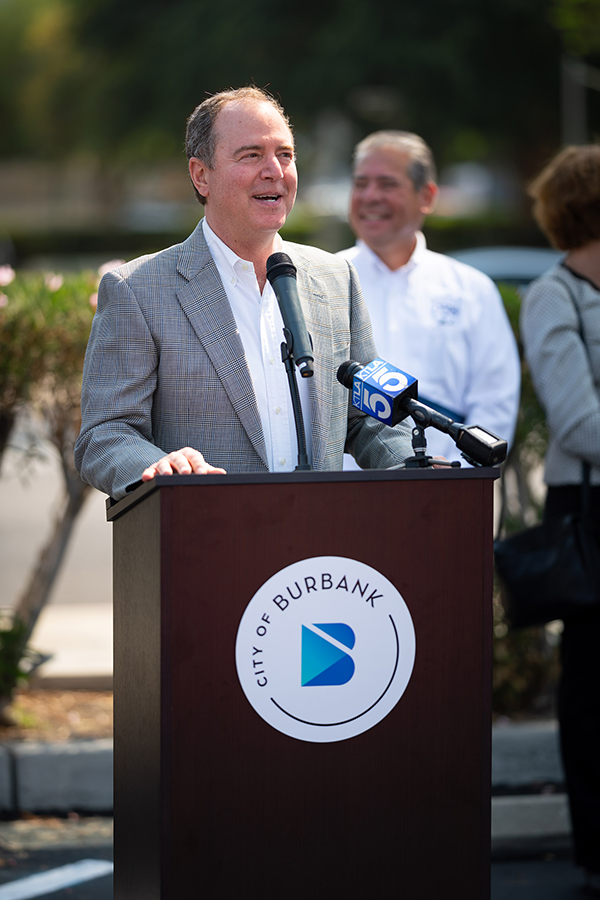 Throughout Adam Schiff’s career as a United States congressman, he has exemplified his commitment to public service beginning with making the government fiscally accountable, ensuring universal health care is available and fighting for low income individuals and members of the middle class.

Perhaps one of the most recognizable members of Congress, Schiff’s 11 terms serving in the U.S. House of Representatives are evidence of both the support from his constituents and the proficiency with which he achieved goals.

As chairman of the House Permanent Select Committee on Intelligence, he has worked to combat terrorism, end military conflict in the Middle East and prevent cybercrime. As a House manager on the impeachment of Donald Trump, he revealed a myriad of improprieties committed by the administration. His unwavering determination to seek truth and accountability has thrust him into the national spotlight, a mantle he has been reluctant to accept. Nonetheless, his determination to expose the deeds and crimes of many that may have sought to undermine the basic tenets of our democracy has been relentless. 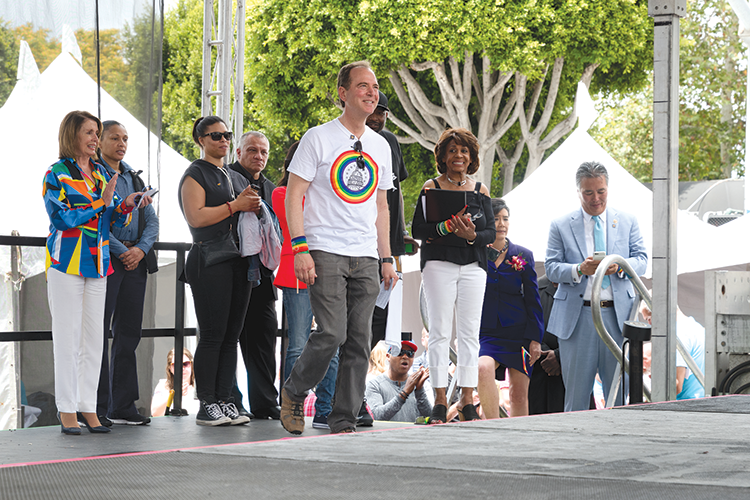 Schiff availed himself for an hour-long discussion with the publishers of the Beverly Press and this reporter in his Burbank office, where a wide scope of topics were touched on. Schiff provided insight into many areas, specifically the insurrection on Jan. 6.

“Among the most harrowing footage, to me, was as they were ransacking the speaker’s office,” Schiff said. “To see her staff rush into this conference room and lock the doors, and to see this one insurrectionist banging his shoulder against the door and breaking through to where they were hiding under a table … it was traumatic. It was a real desecration of the Capitol and of our Democracy.”

Schiff now serves on the committee investigating the insurrection. As a frequent voice of opposition to the Trump presidency, he also wants to hold the U.S. Justice Department officials from that administration accountable and he is pushing for further investigation of influence peddling and politicization. 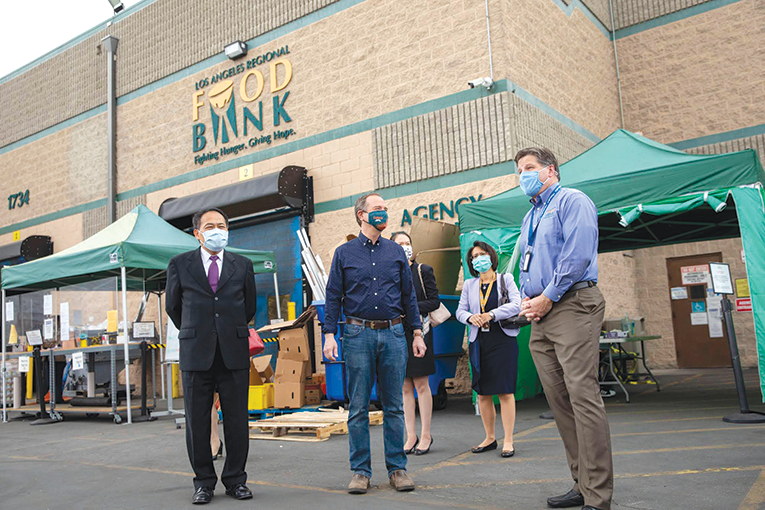 “Former Attorney General [William] Barr intervened to reduce the sentences of those who lied to protect the president. People like Roger Stone lied to our committee and was convicted of it and convicted of trying to intimidate other witnesses into lying to us. Barr saw the sentencing recommendation, and Trump didn’t like it, so Barr reduced the sentencing recommendation. Ultimately, they made the whole case go away by granting a pardon to Stone,” Schiff said. “In the case of Michael Flynn – another person who lied to federal authorities to cover up – Barr intervened again to make that whole case go away, to dismiss the case. These are among the most grave abuses of the Justice Department. Then you had other cases that were fast-tracked to go after the president’s enemies like Andrew McCabe.”

Schiff is hyper-focused on threats to national security as chairman of the House Permanent Select Committee on Intelligence. He said China is his primary concern, because that country’s rapidly evolving technology has allowed it to close the gap with the U.S. in economic and military strength. He also sees Russia as a threat in terms of cyber-attacks and disruptions to U.S. elections, but Schiff said he believes China is the biggest long-term threat to U.S. interests.

“China is an extraordinarily capable rival in every domain – in space, on land, at sea, in foreign policy, diplomacy, development assistance and the cyber-realm. I think we have disinvested in research and development, and disinvested in education, and we have been fiddling while China has been rising. If we want to remain a global superpower and have an economy that can compete and succeed globally, we are really going to have to up our game,” Schiff said.

The congressman also believes that more needs to be done to improve the lives of those in the low and middle-income populations. The disparity among people from different socioeconomic classes has prevented many from achieving the American dream. The wealth gap has also contributed to the homelessness epidemic and caused division, Schiff said.

“I think a lot of the xenophobic populism over the last four years has been driven by this wealth gap and the fact that half the country is just struggling to get by. Millions in the middle class are in fear of falling out, and those who have always wanted to be part of the middle class are losing hope that they can be a part,” Schiff added. “The reality is that the economy just isn’t working for millions of people. It isn’t allowing them to make a living and support their families. We’ve started to make some very important changes to address that, and the American Rescue Plan was among the most significant. With that single bill, we lifted half the children in our country out of poverty. It didn’t require rocket science. It just required a simple change to double the size of the child tax credit. [It] tells us poverty is a choice we are making, a policy choice. How much poverty are we going to allow?”

Corporate America must also shoulder more responsibility in improving the quality of life of millions of workers, particularly those at the bottom end of the economic spectrum, he added.

“I think the corporate responsibility is to make it so the employees can share in the profitability of the company. You can really see the transformation of our society in the difference between rich and poor when you look at the difference between compensation of executives and compensation of employees,” Schiff said. “We have to somehow change both the culture and the incentives. Right now, companies are chasing their quarterly profits.”

Part of fighting for constituents is also making sure they have accurate information, and Schiff expressed his support for the media and, in particular, local journalism and its impact on communities. He cautioned against the pitfalls of inaccuracies on social media and said more attention should be paid to ensure the public has access to truthful, factual reporting.

“I think a big contributor to the strife and division we’ve seen over the last several years is due to the nature of how people get their information, particularly on social media. The algorithms now curate what people see, what they don’t see, what they share and what they don’t share, and it is becoming increasingly difficult to talk to people because they live in separate worlds,” Schiff said. “I think the revolution in social media has been every bit as profound as the invention of the printing press. But we had centuries to get used to that innovation, and this has happened overnight.”

The conversation turned a bit lighthearted when Schiff was asked a serious question by publisher Karen Villalpando.

“It’s often been said Adam Schiff is a prime candidate for higher office. Would you like to be president of the United States?” Villalpando asked.

“I thought you were going to ask me my favorite restaurants,” Schiff chuckled. “I find it difficult to look much beyond my current job,” he continued. “I have thought about running for higher office from time to time and if the opportunity were to present itself, I may do so, but what that office would be, I don’t know,” Schiff added. “I know this sounds very Pollyanna-ish, but I’ve always felt that the best campaign is to try to do a good job and the future will take care of itself. That’s what I am trying to do.”

Staying ahead of the curve with Wallis Annenberg