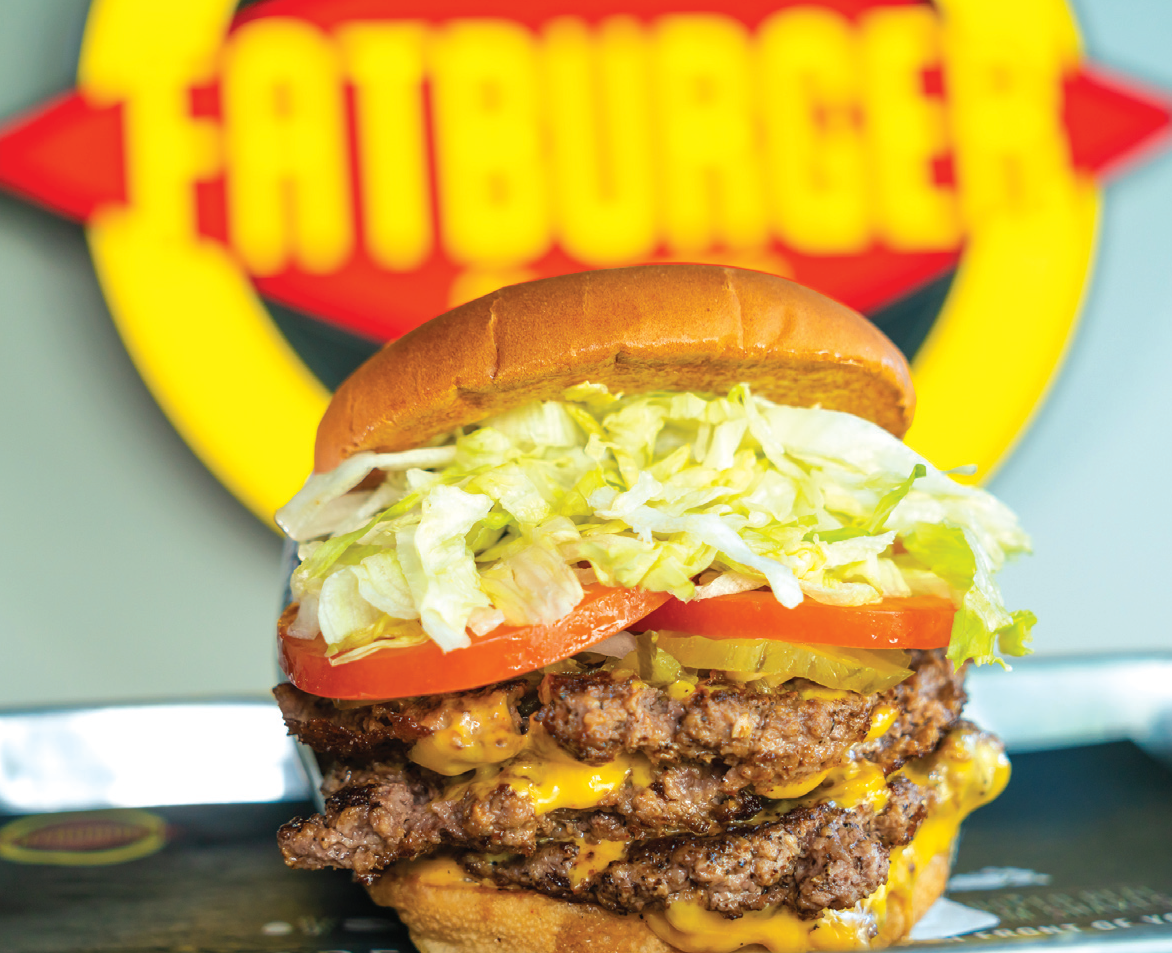 Everybody has their favorite burger joint, and in Los Angeles, there are many choices. To rise to the top, it takes tenacity, good business sense and, of course, a sensational hamburger.

Lovie Yancey had all of those ingredients and then some in 1947 when she started Mr. Fatburger in front of her home on South Western Avenue in Exposition Park. Her idea was to offer fat, juicy burgers like those you’d get at home. Yancey named the operation after her boyfriend, who she called Mr. Fatburger because of his skill on the grill. A couple years later, the boyfriend was out of the picture, so Yancey dropped the “Mr.” from the name and became the sole proprietor of Fatburger. The rest is history.

“It was a shack on Western Avenue out in front of her house. The boyfriend was out there cooking burgers for the Black entertainment community who would roll through there after their performances at night and get the best burgers in town,” said Andrew Wiederhorn, CEO of Fat Brands Inc., which owns the Fatburger chain. “It was in this era of ‘fat cats’ and ‘fat city,’ and she wanted to have these great big burgers, so she called hers fatburgers. There is really nothing else like them.”

Considered a pioneering female business entrepreneur, Yancey ran the chain for four decades and expanded it to more than 30 restaurants throughout the Los Angeles area, including a memorable location at La Cienega near Third Street that was popular after Lakers games, concerts and other events on the Westside during the 1980s. In 1990, the chain was sold to a group of investors that included Earvin “Magic” Johnson, Janet Jackson, Cher and other celebrities, and the chain continued to grow. In 2003, Wiederhorn’s investment company, Fog Cutter Capital, bought the chain and later turned all of the restaurants into franchises. Fat Brands was started in 2017, and it now oversees the business side of the Fatburger chain, as well as more than a dozen other restaurants and fast food brands. Last year, Fat Brands bought the Johnny Rockets chain and plans to expand it in the coming years, including possibly reopening a restaurant near the original Johnny Rockets on Melrose Avenue, Wiederhom said.

Yancey’s rise from selling hamburgers in front of her house to becoming one the first famous Black female entrepreneurs in Los Angeles signaled the start of a fast food empire that has lasted 74 years and is still going strong, Wiederhom added. Fat Brands now has approximately 700 restaurants – including more than 200 Fatburger restaurants – worldwide, including outlets in Canada, China and Dubai. Plans call for hundreds more to open in the coming years.

Wiederhom said although much as changed, the chain has stayed true to its founder’s commitment to quality ingredients, friendly customer service and a dining experience like no other.

“There’s a tagline trademarked by Fatburger called the ‘Last Great Hamburger Stand.’ That’s really to imply that you get that original burger that you’d get at home. That’s really what it is. You get to customize your burger with all the homemade toppings,” Wiederhom said. ‘The flavor of a Fatburger stands out. It’s a great burger.”‘

The clientele at Fatburger has helped make it famous.

“You can run into Jay Leno – he’s a big fan – or Jessica Alba,” Wiederhom added. “It all depends where you are.”

Fatburger is celebrating its 75th anniversary next year. Although plans are still cooking,

Wiederhom said it will be an extravaganza.

“We are excited to really beat the drum as we get into our 75th year. Our ownership of the brand is coming up on 18 years. It’s a testament to the founder and how she was making decisions to refine the product and stick to it. For us, if it’s not broken, why fix it? We haven’t changed her recipes at all, and we are very proud to be able to take it to the next level.”