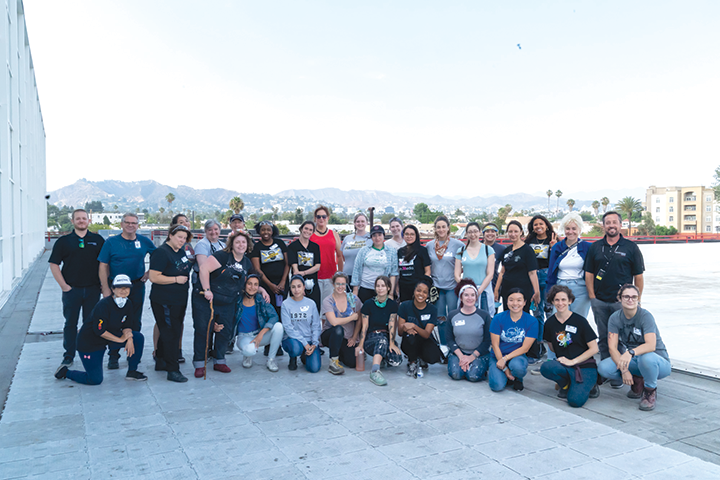 More than 30 women learned set construction on July 24 and 25 at Television City, where set pieces for some of the most popular television shows have been designed and built. The women are trainees in Illumination Training, a program offered by The MBS Group, its parent company Hackman Capital Partners and Women in Media for women seeking production jobs. Participants in the new program are taught on-set technical skills, virtually and on-site, by experts employed at Television City and other studio properties owned by Hackman Capital Partners and operated by the MBS Group. Television City is supporting the partnership through its $1-million Changing Lenses pledge, which promotes efforts that increase equity and diversity in the entertainment industry. For information, visit womennmedia.com.

O’Farrell pitches in to revitalize neighborhoods