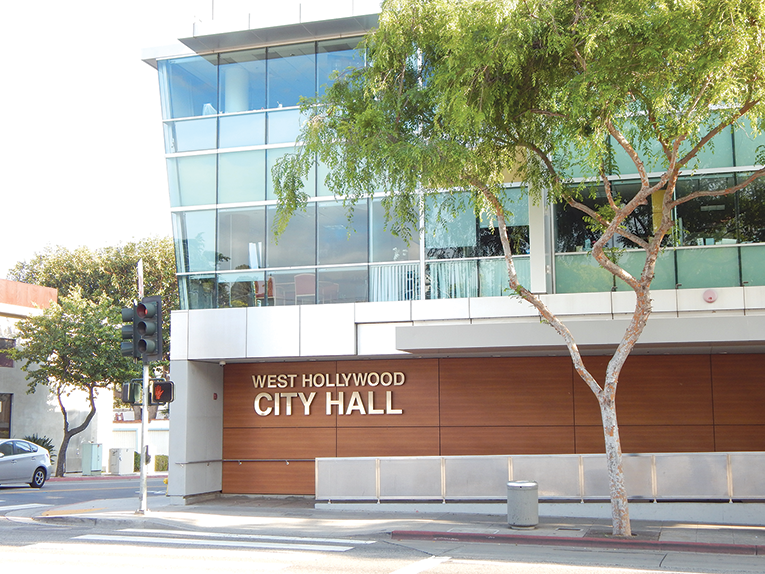 The city of West Hollywood is researching the addition of four 24/7 behavioral health crisis response units that would complement the city’s police and fire department personnel and serve as a “third responder.”

During its meeting on Aug. 16, the West Hollywood City Council directed staff to pursue the initiative and report back in three months. Staff members said the effort could have an initial cost of $1.5 million with an annual cost of $3 to $4 million once it is fully operational with four teams.

According to the staff report, the unit would look to serve housed and unhoused individuals who are experiencing a “crisis-level mental health or substance abuse episode” by connecting them to supportive services. The goal is to relieve the police and fire stations of this obligation while keeping the criminal justice system out of the equation as well — if at all possible.

The report states that the unit could be comprised of a licensed clinician who can place people on psychiatric holds, a crisis worker, a medic and a case manager. They would respond to emergency calls through the 911 dispatch system, connect potential patients to services and conduct assessments to determine if psychiatric holds are necessary.

The unit would not be permitted to forcibly remove people or belongings from the public right of way, the report states.

At the beginning of the meeting, council members intended to move the item to its consent calendar but opted to further explore the issue, as Mayor Pro Tempore Lauren Meister had questions.

She asked how the unit would contrast from the West Hollywood Sheriff’s Station’s Mental Evaluation Team. Planck said the unit would have public safety personnel and would be dispatched on its own, whereas the MET team is used to deescalate situations and responds when requested by deputies or dispatch.

Meister also asked where the unit would take individuals who are placed on temporary, involuntary psychiatric holds – or “5150s.” Planck said there are many places, such as Cedars-Sinai Medical Center.

“Those remain the types of facilities we’re looking at,” Planck added.

They also discussed how the unit would be dispatched, whether through 911 or 988, which has been established as the new national suicide prevention hotline by the Federal Communications Commission. Planck said staff members continue to research 988’s capacity.

Meister took city staff to task for not further incorporating the CAHOOTS (Crisis Assistance Helping Out On The Streets) model, which was popularized after the death of George Floyd, into the staff report. She said the council’s subcommittee on homelessness – comprised of Councilwoman Sepi Shyne and herself – had specifically requested more information on the program.

“I know that we showed a very strong interest in this model,” Meister added.

Many residents and stakeholders spoke in support of the item. Noah Barnes penned a letter to the council, urging members to move forward on the proposal.

“We are in dire need of an emergency response made up of expert professionals that can help, instead of police who are only equipped to harm,” he wrote.

Following a slate of supportive comments, Councilman John D’Amico said he was concerned about a lot “happy talk word salad” that occurred during the discussion.

D’Amico said the city tallies approximately 150 individuals experiencing homelessness each year, and around 60 to 70 of them are housed annually. Therefore, the unit would be looking at servicing approximately 100 people, he said.

Additionally, D’Amico addressed some content in the staff report and comments made by members of the public that he saw as “troubling.” He said there is no evidence that the West Hollywood Sheriff’s Station is a “gang-infested crime-infested outpost of the Wild Wild West.”

“They do, I think, an extraordinary and exceptional job,” D’Amico said. “Could someone do that job just as well, perhaps better? We’re going to find out.”

He also took issue with the suggestion that the unit would free up sheriff’s deputies to handle other, more important crimes.

“I’m not sure there’s any evidence of that,” D’Amico said.

The staff report breaks the implementation of the unit into five phases. Shyne motioned for staff to pursue the initiative and include potential outcomes in the first phase of the process. She also asked for city staff to return with more information in three months, as opposed to staff members’ request for six.