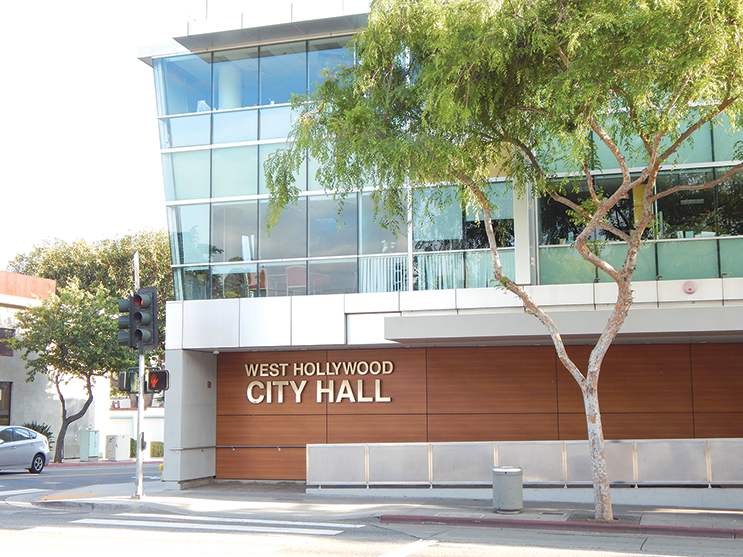 West Hollywood officials are looking into the possibility of implementing a vaccine mandate at various locations around the city, which would join a slate of other municipalities, including Los Angeles, pursuing such measures as COVID-19 cases rise.

In a report to the City Council on Monday, City Attorney Lauren Langer said officials could likely make proof of vaccination or a recent, negative COVID-19 test result mandatory for residents entering city buildings for public services – as long as the city commits to providing services in-person and online.

“We know it can be done,” she said of providing services off-site. “It does raise some interesting health information concerns.”

Langer said vaccine mandates are not a new phenomenon; in fact, the city has been “constantly” consulting a legal case from 1905 – Jacobson v. Massachusetts – that upheld states’ ability to enforce vaccination laws.

“These aren’t new concepts,” she added. “We’re just looking at these concepts in different ways as governments and companies try to tackle this pandemic that is unlike anything we’ve ever seen.”

The city attorney said West Hollywood could also likely require city staff to show vaccination proof or the results of a recent test. Many of the cities that are drafting such policies are larger than West Hollywood, so officials would need to research what is best for the city, Langer said.

While cities and states have made announcements regarding mandatory vaccination policies for employees, only two policies have been drafted, and both state that the policies will not become effective until the FDA gives the vaccines final approval, which could occur by the fall, she said.

“There’s some time that it takes to put these policies in place,” Langer said, adding that the process is complicated, as any proposed ordinance would intersect with disabilities laws, privacy laws and so on. “There’s a lot of variables, and we’ll try to provide the best information on what’s possible.”

City Manager David Wilson said the city sent a questionnaire to city employees and found that 92% of the 75% who responded could show proof of vaccination.

Creating mandates for private businesses could be difficult, as some businesses may not have the resources to manage and enforce them, Langer said. She said she hadn’t heard of any cities pursuing a policy like that so far.

However, on Tuesday, the West Hollywood Chamber of Commerce released a list of businesses that would be requiring proof of vaccination or a negative test. They include the Abbey, Beaches WeHo, Bliss Blessing Wellness Spa, the Chapel at the Abbey, the Comedy Store, Conservatory, Formosa Café, Harlowe, Hi Tops, Matthew Miller Skincare, PUMP Restaurant, Sparadise Massage & Wellness Center, Tom Tom and Trunks.

“It’s a great thing that should be applauded,” Langer said of businesses voluntarily enforcing vaccination requirements. “If the city were mandating it, I think it would be a little bit more challenging.”

Lastly, Langer said the city would probably not be able enforce vaccination mandates at public meetings due to the Brown Act. Mayor Pro Tempore Lauren Meister asked if council chambers would qualify as part of a public building and noted that meetings are available online.

“They have to check ID to get into bars,” Meister said. “What’s the difference?”

The general consensus of the council was for city staff to continue researching vaccination mandate measures.

“We do need to be a leader on this,” Councilwoman Sepi Shyne said.

“It’s clear that we’re all very serious about this,” he said.

D’Amico said he had to show proof of vaccination at a gym a few weeks ago, and it wasn’t a big ordeal. He requested that city staff look through the city’s business license list and identify those that involve a lot of close contact between staff and customers.