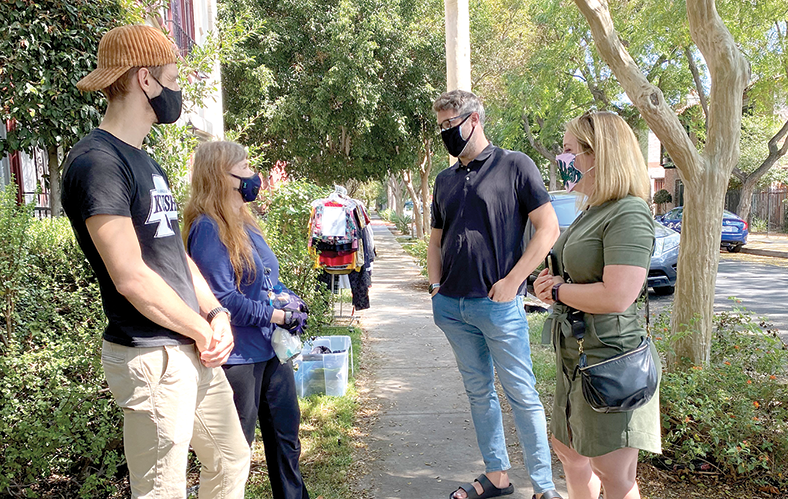 A group of West Hollywood tenants at 1109 and 1115 Vista Street have organized in an attempt to prevent their eviction from apartments that some residents have lived in for decades.

On Saturday, members of the Vista Street Tenants Association West Hollywood held a yard sale to raise awareness about their possible evictions, which may come to fruition as result of the Ellis Act, according to the Westside Los Angeles Tenants Union.

The union states that the act allows property owners to evict tenants in rent-controlled units if they are planning to go out of business. While intended for “mom and pop” landlords looking to retire, it is often used by companies seeking to convert properties, according to the union.

“I was only going to leave … if I died or bought a place,” resident Jody Margolis said.

She had nothing but praise for her unit – an 850-square-foot one bedroom with parking, affordable rent, hardwood floors, charm, character and a washer and dryer. And it’s in West Hollywood, an area Margolis loves.

“It’s a very special city,” she said. “The location is amazing.”

Margolis is among the several tenants fighting the looming eviction, which has been delayed due to the eviction moratorium, she said. They had known that the buildings were for sale, but they didn’t realize they’d begin receiving buyout offers until late last year.

Margolis, who has lived in her unit for 31 years, said she received her buyout notice after the sale of the building was finalized in May. By then, the Vista Street tenants had already begun to organize.

“I felt like that is what we had to do,” Margolis added. “It’s such a great thing to be in solidarity. I wish we would’ve done this a long time ago, even though we were never in crisis before.”

Their advocacy is in its infancy. Margolis said the yard sale was the association’s first event, though they hope to host more. It captured the attention of West Hollywood City Council members, as several stopped by during the sale.

“This cannot happen in L.A.,” Margolis said, reiterating her appreciation for West Hollywood. “You know, the mayor is not coming to your yard sale.”

Mayor Lindsey Horvath was among the council members to attend after being invited via social media. She said the city is exploring what it can do to help Vista Street tenants.

“I am discussing with our city staff, as well as our city attorney, to make sure that all of the rights and protections that are guaranteed to them as West Hollywood renters are protected and preserved,” Horvath added.

Specifically, the association – and by extension, the union – are fighting the owners’ plans to convert the apartments into “tenants-in-common,” which enables owners to navigate around condominium regulations, according to the union.

Although West Hollywood has fought against the Ellis Act before, Horvath said “tenants-in-common” was a new concept for her and that she wants to better understand the ramifications and legality of that type of housing.

Margolis said a property across the street from her building is for sale, and that tenants there may be about to undergo the same process.

“Vista’s on fire,” she added. “It’s bad. This is a really charming street with all these vintage buildings. It’s just going to be TIC’d off.”

Margolis referenced “tenants-in-common” being used in other areas, such as East Hollywood and Echo Park.

“I see a lot of under-performing buildings being sold, and there’s nothing stopping this from happening if we don’t do anything to stop it,” she said. “It’s just like a giant loophole … that developers are using.”

The mayor said she is not aware of any other occurrences in West Hollywood but has directed staff to investigate.

“We as a city have a long history of protecting renters and making sure that, in the unfortunate circumstances of property owners exercising the Ellis Act, we afford [tenants] protections and very clear steps as to how that process is supposed to take place,” Horvath, a fellow renter, said. 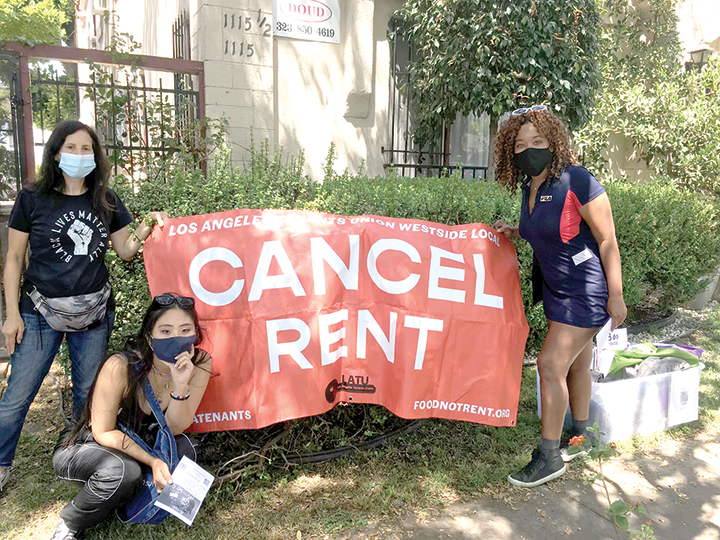 She said tenants being evicted through no fault of their own is tragic.

Margolis said the support the association has received has been great.

“Everyone’s really up in arms,” she added. “They’re all ready to support us.”

The association is prepared to advocate in any way possible – whether it’s at the city, county or state level, Margolis said.

“We need to preserve the affordable housing in West Hollywood,” she said. “It shouldn’t be so easy. It’s so easy for these prospective builders. There’s nothing stopping them. Why is that?”

At the state level, many attempts have been made to reform the Ellis Act, Assemblyman Richard Bloom (D-Santa Monica) said. In fact, a bill he co-authored – AB 854, which would require landlords to own their properties for five years before invoking the Ellis Act – is circulating through the Assembly.

“Unfortunately, it’s difficult to find a legislative solution that has a likelihood of passing on this particular issue,” said Bloom, who is scheduled to meet with the Vista Street tenants over the next couple of weeks.

He said the Ellis Act has created issues for decades and impacted thousands of tenants in Los Angeles County. Bloom listed several unsuccessful Assembly bills that have attempted to change it over the last 10 years.

“It’s indicative of just how difficult it is to pass legislation on this topic, even though it was acknowledged by everyone that there were people who were abusing the Ellis Act,” he said, adding that COVID-19 and other factors will continue applying pressure to tenants and landlords. “We’re really concerned that we’re going to get a tsunami of Ellising, and that is obviously very troubling given that … rental housing is becoming less and less affordable with each passing day.”

Margolis said the owners operate under 1109 Vista LLC and 1115 Vista LLC. Attempts to reach the owners or a representative by deadline were unsuccessful.