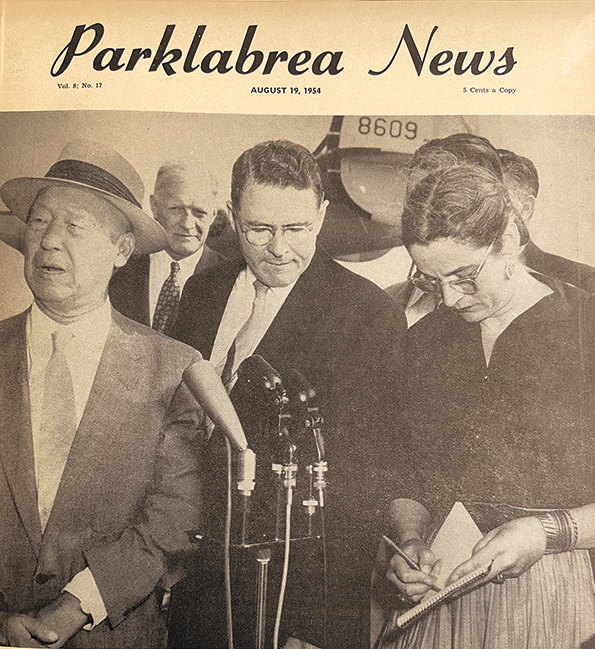 The cover of the Aug. 19, 1954, issue of the Park Labrea News showed South Korea’s first President Syngman Rhee, left, during a goodwill visit to the United States. He was shown with John Simmons, of the U.S. State Department, Deputy Mayor John Irwin and Kate Holiday, a Park La Brea resident who was reporting on Rhee’s visit for the United Press. Rhee served as president of South Korea from 1948 to 1960. The accompanying article said Holiday had extensively covered politics, government and the Korean War, and had been specifically assigned to report on the president’s visit to Los Angeles. She added that covering the war had given her a special affinity for the Korean people. Holiday was named an honorary citizen of Korea in 1953.

The Wallis to resume indoor performances