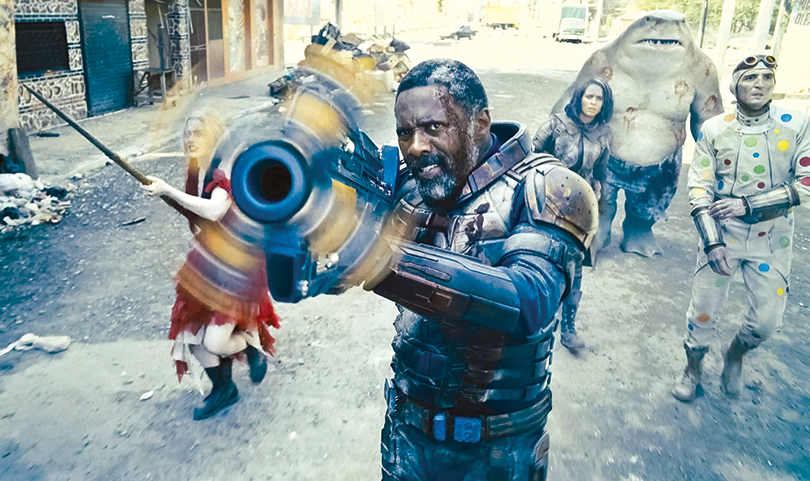 I wear my adoration for superhero media on my many short-sleeved shirts promoting my favorite masked crusaders. Each new superhero film is a commitment, an obligation, regardless of how terrible it might look.

“The Suicide Squad” was always a must-see, but it also included many enticing reasons to experience it: “Guardians of the Galaxy” director and scribe James Gunn at the helm, Idris Elba as the leading supervillain Bloodsport, Margot Robbie reprising as Harley Quinn and various marketing materials promising a film completely different than 2016’s boring “Suicide Squad.”

Thus far, Warner Bros. and DC seem to have spent more time publicizing Zack Snyder’s “Justice League,” but “The Suicide Squad” is textbook competent filmmaking. It fulfills the DC Extended Universe’s promise to truly set itself apart from competitors both big and small.

On paper, “The Suicide Squad” checks off all the right boxes. It even allows a superhero (well, supervillain) story to increase the stakes a bit by actually killing off characters, something these stories tend to avoid. The final outcome is a military film channeling “The Dirty Dozen” – villains get time off prison sentences if they participate in an impossible mission, but if they disobey leader Amanda Waller (Viola Davis), she’ll explode their heads – with more dramatic costumes and John Cena’s Peacemaker making inappropriate hand gestures while he espouses love for “peace,” regardless of the body count.

I had high hopes for this one, perhaps too high. Mind you, nearly any fresh take could redeem its predecessor (and many other missteps by DC in the past eight years), but I can’t call “The Suicide Squad” an amazing experience, the kind of adrenaline ride or smart story that pushes boundaries. 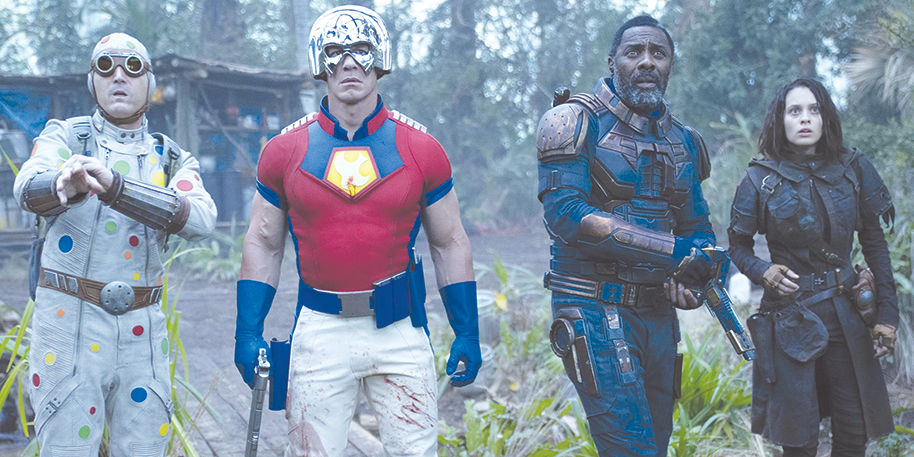 I imagine it wants to be. Hardly any superhero films are this violent, though Lexi Alexander’s “Punisher: War Zone” likely still holds that top spot. But that violence, especially come the third act, feels more like an homage to Gunn’s directorial debut “Slither,” a raunchy horror comedy.

On the positive side, it rocks some beautiful visuals expired by a slew of surrealist moments often left on the printed page when these characters are adapted for film. The story even dives a bit deeper into the problems of clandestine government operations. Clearly a suicide squad, formally called Task Force X, wouldn’t need to exist if the U.S. acted in good faith around the world.

But that’s all texture, hardly material worth heavily praising other than its superficial purpose to move the story along. “The Suicide Squad” works best during character interactions anyway. Perhaps the best element here is finally seeing Elba used properly in a comic book flick.

His character shares a bit with the previous film’s Deadshot, a mercenary-assassin with a whole lotta cool toys and a fractured relationship with a daughter. But Bloodsport is far more interesting, truly worthy of more screen time in the (hopefully) near future.

Robbie’s Harley Quinn – no explanation how she’s back in custody following “Birds of Prey” – also enjoys her greatest hurrah to date here, but she hardly seems to have peaked. King Shark (voided by Sylvester Stallone) and Polka-Dot Man (David Dastmalchian) are also rather splendid.

I’m a little confused, though, by the special emphasis placed on Peacemaker, an idiotic, murderous and more fascist version of Captain America. Again, in theory, this makes for a great antagonistic character in a team setting, and Cena is a unique casting choice, but he doesn’t quite shine here. More perplexing, he’s about to get his own HBO Max series. I was more excited about this news until I experienced the character on screen.

Oddly, “The Suicide Squad” isn’t funny, but it sure tries. The jokes and gags just don’t land. It feels excessive, unrestrained, like TV writers switching to the big screen, ready to shirk all those content restrictions only to find that without limits the playful innuendo that made their work so unique was replaced by something quite familiar.

Don’t mistake my criticism. It’s a fun ride, lightyears better than most DC films these days and ascending plenty of Marvel films too, but it’s hardly the best in the DC Extended Universe or from Gunn himself. The only quality jokes appear in the trailers – leaving no laughs upon a complete viewing – and the action sequences work well enough until the third act does what too many superhero films do, to numbing effect.

Still, this is solid filmmaking with enough creative elements to make it watchable. For a WB superhero (adjacent) film, it’s a top 10. Compared to all the other superhero films out, it honestly wouldn’t broach the top 30.

It’s off to HiHo for great cheeseburgers