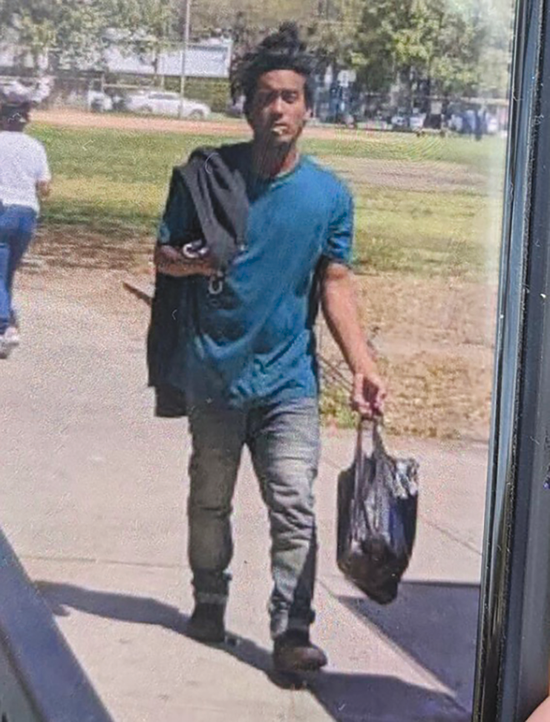 Residents posted a photograph of the alleged indecent exposure suspect on the Nextdoor app, but few people reported the lewd conduct to police. (photo courtesy of Melrose Action Neighborhood Watch)

The Los Angeles Police Department is warning the public about a suspect who has allegedly exposed himself to people in the Melrose area on multiple occasions and is facing lewd conduct charges.

The suspect, Vincent Galamay, 28, is believed to be homeless, said Detective Tanya Ogelsby, with the LAPD’s Operations West Bureau Sexual Assault Unit. Galamay was arrested on Aug. 4 in the 500 block of North Curson Avenue after he allegedly exposed himself in front of a female victim on Clinton Street. Patrol officers from the Wilshire Division took Galamay into custody after the victim made a citizen’s arrest, Ogelsby added. The suspect was charged with indecent exposure and lewd conduct, which are misdemeanors, and was released pending a court date in December, the detective added.

Ogelsby warned that the suspect committed other similar crimes in the past and authorities are asking additional victims to report them. She said patrol officers are aware that Galamay was released from custody and they are actively monitoring to see if he returns to the Melrose area. Ogelsby said so far “it’s been quiet,” but authorities are concerned he may return and commit additional crimes.

Ogelsby and Detective Brent Hopkins, also with the Operations West Bureau Sexual Assault Unit, said residents in the Melrose area posted information on the Nextdoor app about the lewd conduct, but few reported it to police. One previous victim filed a report with the police department in May and officers had been looking for the suspect for weeks before the incident on Clinton Street occurred. The detectives said without police reports, it was difficult to determine how many crimes he might have committed.

“Hopefully, we will get more victims to file a report,” Ogelsby said. “The residents came together and were sharing information about him online. We think there were other instances, but no one reported them.”

Peter Nichols, co-founder of the Melrose Action Neighborhood Watch, said he received information via email from other people in the neighborhood and posted a photograph he was sent of the alleged suspect on the organization’s website. Nichols said the lewd conduct has caused a lot of concern among residents.

“This story ruminated for a while but it seems nobody really came forward,” Nichols said. “Just a post on Nextdoor is not enough. We want people to report these things to police. Let’s try to keep this guy off the streets.”

Galamay is known to frequent the Melrose area and neighborhoods around Poinsettia Park. Anyone who witnesses the suspect committing a crime is urged to call 911 or report it to the Wilshire Division by calling (213)473-0476. Ogelsby is also seeking information from past victims, and she encouraged them to email her at 32301@lapd.online.