Meister is WeHo’s next mayor 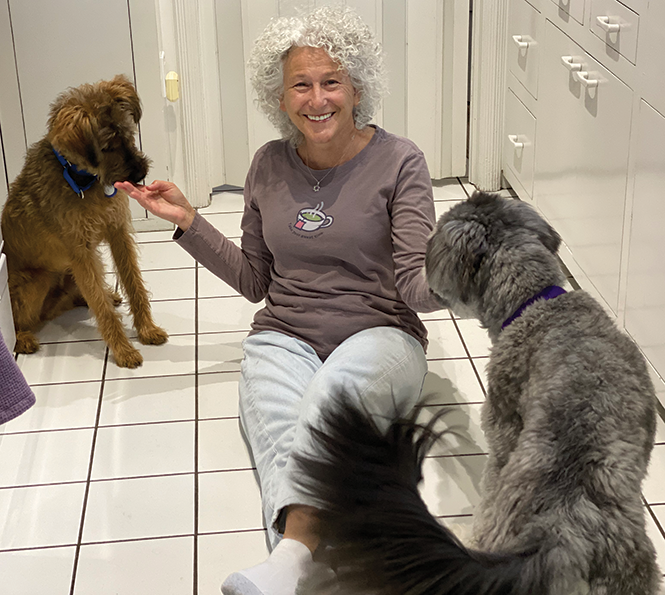 On Aug. 16, the West Hollywood City Council selected Lauren Meister as its new mayor, a role she officially will begin Sept. 20.

The positions of mayor and mayor pro tempore in West Hollywood have largely been ceremonial roles that are rotated each year among the council. Meister said she was honored to again be selected as mayor.

“It’s great, but it’s important to remember that I’m still one of five council members,” she said. “Our votes still carry the same weight.”

Both Meister and Shyne will serve an extended 16-month term after the City Council in March voted to sync mayoral terms with the city’s new election calendar.

Outgoing Mayor Lindsey Horvath served the first 16-month term and Meister will serve the second before returning to one-year terms starting in January 2023. Horvath nominated Meister and Shyne, marking the first time in West Hollywood history that a woman has nominated two women for mayoral succession.

“Congratulations to you both,” Horvath said after the council vote. “I’m very excited to be handing off this baton that is long overdue.”

At the end of Meister’s term, she and Horvath will be tied for the longest terms served by a mayor in West Hollywood’s history.

At least two mayors have served longer than one year: Councilman John D’Amico, who was mayor for 14 months after John Duran stepped down due to health concerns and backlash from sexual harassment allegations; and John Heilman, who served a 14-month mayoral term from 1985-1986 after his successor delayed the start of his term.

Meister said that although the role of mayor carries additional responsibilities, she’s looking forward to working with her colleagues throughout her extended term.

In 2015, she was elected to the City Council and was reelected for a second term in 2019. Meister said her prior experience as mayor prepared her for the role.

“The biggest difference will be running meetings on Zoom,” Meister said. “Although Mayor Horvath made it look effortless, I’m sure it was challenging. I hope to be back in council chambers sooner rather than later – when it’s safe to do so.”

In her 16-month term, Meister hopes to continue working on issues she said are important to constituents, such as housing and commercial affordability, reducing homelessness, enhancing the city’s urban forest and adding infrastructure throughout the city, including protected bike lanes to encourage the use of bikes and scooters off sidewalks.

She recognizes the role doesn’t come without challenges, and a key area she wants to focus on is economic recovery coming out of the pandemic.

“We need to support businesses without throwing out the baby (zoning codes) with the bathwater,” Meister said. “We’ve passed a number of small business initiatives and we are looking to complete an economic development study to determine what ‘gaps’ – that is, gaps in business goods or services – need to be filled.  We need to make sure that future development is smart – that new projects don’t cannibalize existing businesses.”

Shyne, who is Iranian American, was elected in November 2020, making her the first woman of color elected to the West Hollywood City Council. Before her election, Shyne served on the city’s Lesbian and Gay Advisory Board, the Business License Commission and the Los Angeles County Assessor’s Advisory Council.