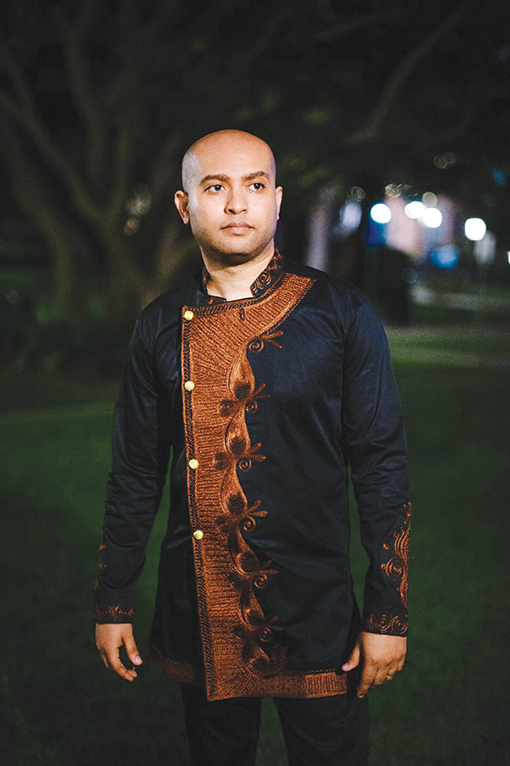 LACO Artistic Advisor Derrick Skye has been recognized with the 2021 Princess Grace Award Honoraria in theater. (photo by Hannah Arista)

The composer, who merges music, text, movement and film, is noted for work that is cross cultural, cross genre and multi-disciplinary. The Princess Grace Awards support and elevate extraordinary early career artists in theater, dance and film, and nurture the recipients throughout their careers. Skye is one of 18 Princess Grace Award winners and 12 honoraria recipients selected this year from over 200 nominated candidates. They join the more than 800 distinguished recipients honored since the inception of the awards.

Skye was nominated for the award by James Darrah, LACO’s 2020-21 creative director of digital content, who worked closely with Skye on an episode for LACO’s digital Close Quarters series that spotlighted the broad scope of Skye’s artistry. It included the world premieres of Skye’s LACO-commissioned “Mother of Bravery” for septet and narrator, and “Mind The Rhythm,” performed by Assistant Concertmaster Tereza Stanislav on amplified solo violin, with pre-recorded electro-acoustic percussion and electronics by Skye, who also curated and co-directed the episode.

“I’m very humbled to receive this award,” Skye said. “More than anything, I’m grateful to have the opportunity to be an artist across several disciplines and be acknowledged for that approach in such a significant way. I’m also incredibly thankful to the Los Angeles Chamber Orchestra, James Darrah, LACO Creative Advisor Ellen Reid and LACO Music Director Jaime Martín for being such enthusiastic advocates for multi-disciplinary creativity and collaboration.”

“Derrick is a remarkably talented artist who is brimming with fresh approaches to music and performance,” Martín added. “He has made a meaningful impact on LACO as well as the broader cultural community through his inventive multi-disciplinary work. We salute him for this incredible and well deserved honor and know that he will continue to enrich and innovate the arts.”