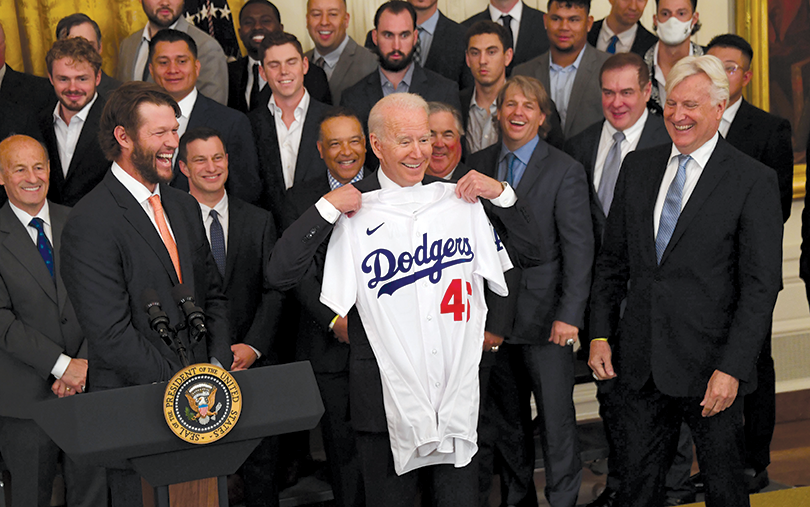 The 2020 World Series champions, the Los Angeles Dodgers, were honored at the White House on July 2 by President Joe Biden and Vice President Kamala Harris. “I think we may be doing this again by the end of the year,” he said to the vice president before making a joke at her expense. “I’m not going to mention which end of the state [Harris is] from right now and who she roots for.” Of the Dodgers, Biden said the club is “building a new dynasty” for a new generation. “America’s back, and the Dodgers are back,” he said.