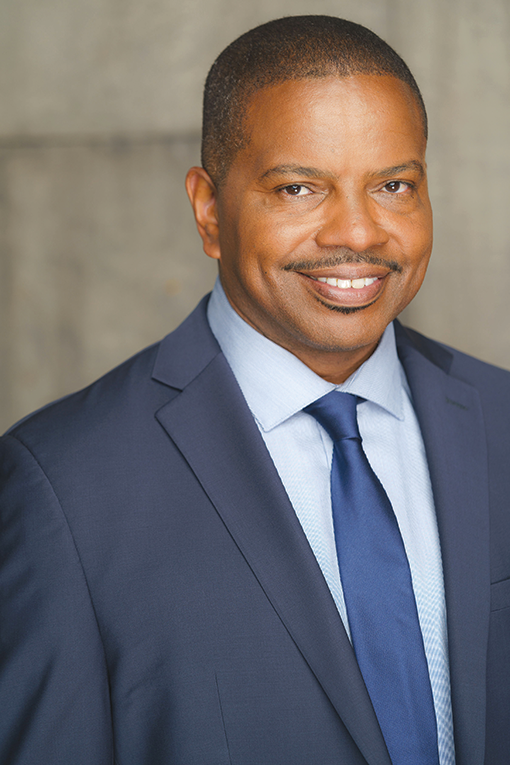 However, this issue isn’t new to Wilson, who had served as assistant city manager for almost four years before taking over for the retiring Paul Arevalo. But, it is among the most important tasks facing the longtime West Hollywood employee in his new role.

City staff will present the proposed hotel ordinance, which was created with the help of City Attorney Lauren Langer, on Monday. Wilson said the ordinance — and the council’s decision on the matter — could “certainly” have a “big impact” on hotels and hotel workers.

The proposed ordinance, which is now available at weho.org, promotes worker protections such as the use of personal security devices or “panic buttons.” It also calls for the city to adopt a “right to recall” provision for laid-off workers, provide training protocols for hotels and establish workload and compensation standards.

Opponents argue that the ordinance puts an unnecessary financial burden on hotels in West Hollywood at a time when they are struggling due to COVID-19. According to a staff report, hotel general managers estimated that the ordinance would cause a $78.8 million loss for hotels and a $9.85 million loss of tax revenue for the city, though city staff could not independently verify those figures.

Another item on Wilson’s agenda is to open city hall to the public by appointment only on July 26. COVID-19 cases in Los Angeles County, though, have increased exponentially since last month, health officials have reported.

“That does depend on the Los Angeles County Public Health  guidance at that time,” Wilson said. “Our plan right now is to open … but if things change dramatically we may not be able to do that.”

He said approximately 50% of city employees returned to the office at the beginning of the month, and the transition back has been “challenging,” especially given the uncertainty surrounding COVID-19.

“Right now, the most important thing is just kind of recovering,” Wilson said. “It’s not just the financial recovery or fiscal recovery … but also the emotional recovery and getting back to being out in public and doing things different than we have for the last year and a half.

Staff members – Wilson included – are pleased to be back in City Hall, even if things are different in more ways than one. Arevalo’s last day was last week. Despite the change in leadership, Wilson said things are going well.

“I think all transitions are hard,” he added. “Especially in this case, when Paul has been here so many years. It’s something the city hasn’t done in over 20 years. I think it’s a little new for all of us.”

Wilson said his more than 20 years of employment with the city have made the adjustment smoother. He has held multiple job titles in West Hollywood: director of finance and technology services, budget and compensation manager, senior management analyst and project development administrator among them.

“We’re moving through it,” Wilson said. “We’re doing it cautiously. It’s going as well as can be expected.”

Long-term, he wants to resume working on the city’s 2050 Strategic Plan, an effort that was slowed due to the pandemic. Wilson said he also wants to continue the fiscal responsibility the city has demonstrated under Arevalo and previous city councils.

“We’ve had a really solid financial foundation [built] for the city,” he said.

Although the job comes with immediate and long-term obstacles, Wilson said he is looking forward to settling in as the city’s new manager.

“I really love working for the city of West Hollywood. …It’s going to be challenging, but for me, having that challenge and this new leadership position is something that I’m excited about.”