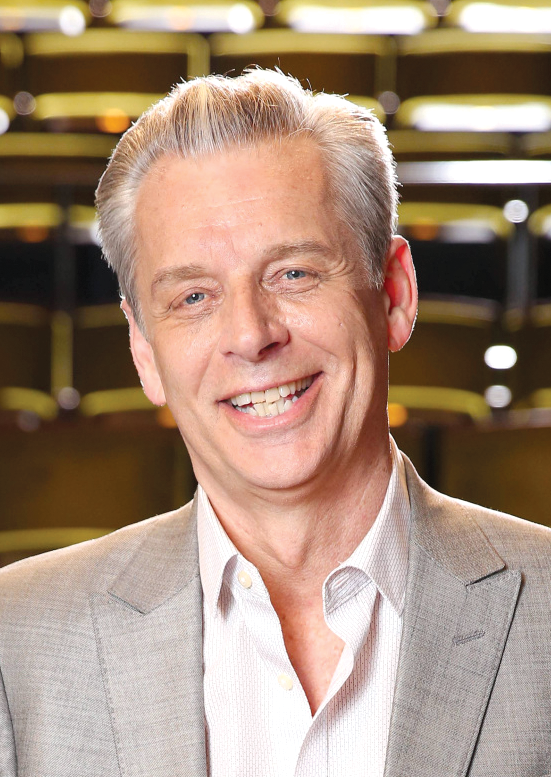 Michael Ritchie has announced that he will retire as artistic director of Center Theatre Group on Dec. 31. Having taken over the position from founding Artistic Director Gordon Davidson in January 2005, Ritchie has led one of the country’s largest nonprofit regional theatres for more than 16 years.

He has produced and presented 266 productions – including 49 world premieres, four Pulitzer Prize finalists and 59 Tony Award nominations – while programming the Ahmanson Theatre and Mark Taper Forum in downtown Los Angeles at The Music Center and the Kirk Douglas Theatre in Culver City.

“It has been an honor working at Center Theatre Group over the past 16 years and I’m extremely proud of what our organization has accomplished during that time,” Ritchie said. “Especially over the past 15 months, when we were forced to shut down due to COVID-19, our staff, board of directors and entire community have rallied around the organization in a collective desire to continue our educational programming, deliver artistic work through the digital stage and bring groundbreaking theatre back to our stages in Los Angeles. This critical period also gave me time to contemplate my future as the leader of this extraordinary theatre company. After some reflection, I feel it best that I retire as Artistic Director of Center Theatre Group at the end of this year, following our celebratory reopening of the Ahmanson Theatre.”

Ritchie produced world premieres including the musicals “Soft Power,” “13” and “Sleeping Beauty Wakes,” and the plays “Bengal Tiger at the Baghdad Zoo,”  and “Marjorie Prime.”

Center Theatre Group expects to launch an international search for its next artistic director later this summer.