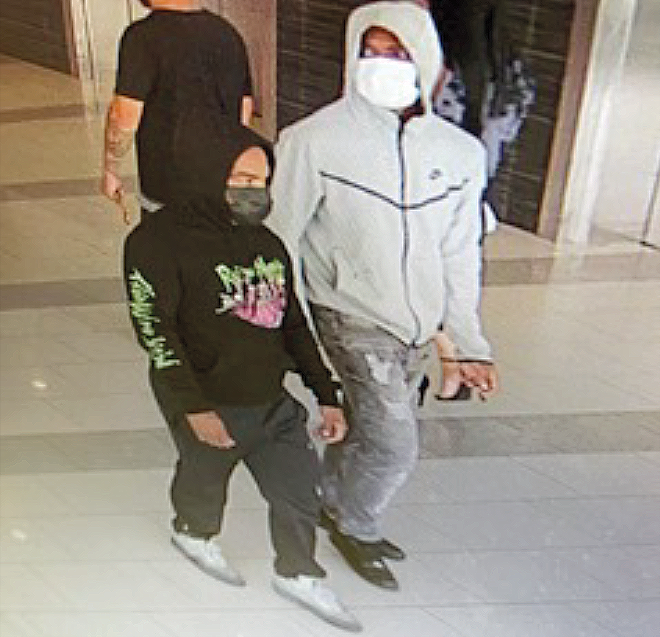 Police are searching for two suspects who allegedly robbed a father and his 15-year-old son of jewelry valued at approximately $136,000 at the Westfield Culver City Mall on June 29 and are investigating whether the crime may be tied to similar hold-ups in other areas.

Assistance Chief Jason Sims of the Culver City Police Department said the robbery occurred at approximately 3:30 p.m. as the father and son were walking on the second floor of the mall. Two men approached and one pulled out a black handgun with an extended magazine, he added. The suspects stole the jewelry before fleeing on foot, Sims said.

“Nobody was injured, fortunately,” he added. “It happened in the middle of the day and there were a lot of people around, so someone may have information. We are still actively working the case. Hopefully, we will get more leads.”

The jewelry that was stolen was described as a gold and diamond necklace valued at $85,000, another gold and diamond necklace valued at $26,000, and a Cartier watch valued at $25,000. Sims said the suspects were Black men approximately 18-25 years old. The armed suspect was wearing a gray Nike hooded sweatshirt, light gray jeans and black Nike Air Force One shoes. The second suspect was wearing a black hooded sweatshirt with characters from the “Rick and Morty” animated television show, black pants and gray shoes.

Sims said detectives have been in contact with other nearby law enforcement agencies and are trying to determine if they are investigating similar cases. Anyone with information is urged to call (310)253-6391.