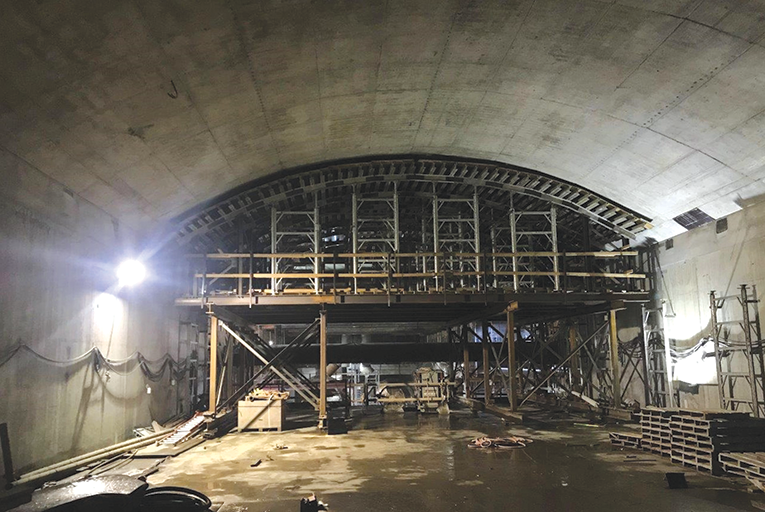 Crews are completing work on the underground subway stations on the first phase of the Purple Line Extension project. (photo courtesy of Metro building inspectors)

Work is continuing in July at multiple locations along the Purple Line Extension project route.

During the next three months, the tunnel boring machines that excavated the tunnels between Wilshire/Western and Wilshire/La Cienega will be removed from the future La Cienega station. Due to their size, the disassembly and removal of the machines will be completed in sections. A full closure of North Gale Drive at Wilshire Boulevard will remain in place from 6 a.m. to midnight while trucks remove sections of the machines.

There will be multiple loads per day in shifts. Hauling hours are midnight to 6 a.m., Sunday through Thursday, and 7 a.m. to 4 p.m., Monday through Saturday. Larger loads will require escorts to ensure safety. Temporary lane reductions, intersection and street closures may be required. Access to driveways will be maintained along the hauling routes.

Work is also occurring at other areas in Beverly Hills and the Miracle Mile in July. Station appendage construction is occurring under Wilshire Boulevard between San Vicente and La Cienega boulevards. Wilshire Boulevard has been reduced to two lanes in each direction in that area. Left turns from Wilshire to North Gale Drive and South Tower Drive are restricted. Intermittent bump-outs in lanes may be in place from 9 a.m. to 3 p.m., reducing westbound Wilshire Boulevard to a single lane.

The north sidewalk between San Vicente Boulevard and a location approximately100 feet west of Gale Dr. is also closed. A pedestrian detour is in place on the south side of Wilshire Boulevard. 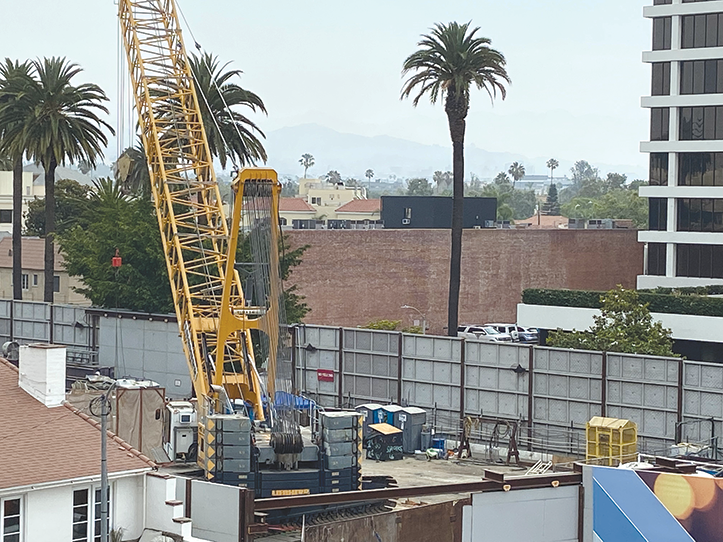 The tunneling machines for the first section of the Purple Line Extension project are being disassembled and removed at a construction staging area for the future Wilshire/La Cienega station. (photo by  Edwin Folven)

Parking replacement is also available at 8447 Wilshire Blvd. and 8350 Wilshire Blvd. from 10 a.m. to 3 p.m. to replace metered parking removed during construction. The first hour will be validated free by mentioning Metro upon entering the parking structure.

Wilshire Boulevard will be reduced to two lanes in each direction between Detroit and June streets through September to facilitate work on the subway tunnels. Intermittent lane closures will be in place on Wilshire Boulevard from Highland Avenue to Wilshire/Western.