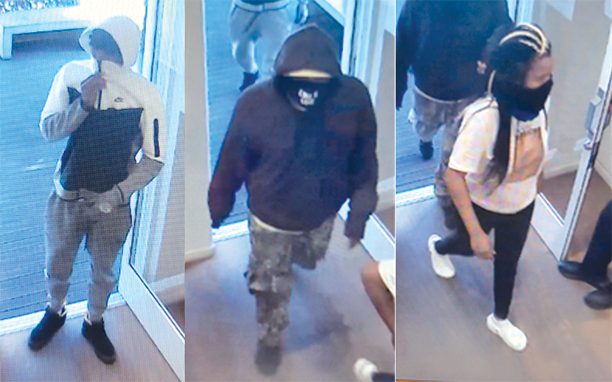 Investigators released security camera footage of the suspects wanted for the alleged robbery at a clothing store on July 7. (photo courtesy of the LAPD)

Detectives from the Los Angeles Police Department’s Wilshire Division are investigating a July 7 robbery at a clothing store on Melrose Place in which six suspects allegedly stole purses valued at nearly $50,000.

Det. John Maloney, with the Wilshire Division, declined to name the store because the owner requested anonymity. He said it was clothing boutique located in the 8400 block of Melrose Place, just east of La Cienega Boulevard.

The suspects arrived in two vehicles and parked in an alley behind the store, he added. The suspects, four women and two men, allegedly forced open a rear door and entered the store.

The women and one of the male suspects stole luxury purses while the male suspect held the door open, Maloney said. When an employee attempted to block the exit, the suspects forced their way out through the rear door, he said. No injuries were reported.

“It was a robbery by force, not a violent take-over robbery,” Maloney added. “We have seen a sporadic trend of this kind of stuff.” 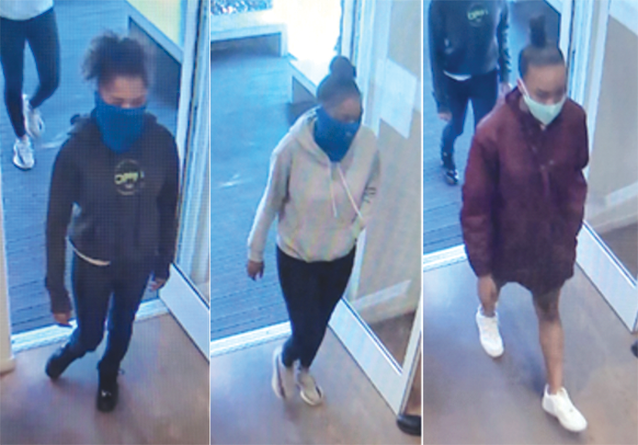 The male suspects were both 18-25 years old, Maloney said. One was approximately 5 feet 10 inches tall, 150-160 pounds and was wearing a black and white hooded sweatshirt, black mask, gray pants and black shoes. The other male suspect was approximately 6 feet tall, 180-190 pounds and was wearing a brown hooded sweatshirt, dark-colored face mask, camouflage pants and black shoes.

Maloney described the vehicles they were driving as a late model grey Mercedes Benz four-door sedan and a late model light blue Dodge Charger. He added that police in other major cities throughout the country have experienced a similar trend of suspects arriving in groups and committing takeover robberies at stores.

Maloney said the robbery on Melrose Place has not been linked to any other crimes, but detectives are still investigating that possibility and are seeking any additional victims or witnesses.

Homeless housing on parking lot should be reconsidered