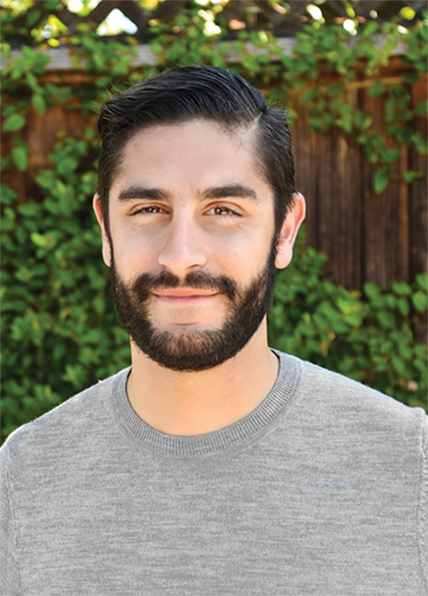 “Our new hires bring enthusiasm, dedication and unique areas of expertise, and we know they will be incredibly valuable in serving our district,” Raman said.

Mehmet Berker joins the team as the field deputy for Bel Air-Beverly Crest, Greater Toluca Lake, and Hollywood Hills West (north portion) neighborhood councils. Mehmet comes to District 4 with six years’ experience as a freelance cartographer, GIS analyst and graphic designer, with clients ranging from economic development firms to urban planners. An alumnus of the University of Minnesota, Mehmet moved to Los Angeles nine years ago and lives in Hollywood with his wife, Madeline. Berker also has served as chair of the Mid City West Community Council Planning and Land Use Committee.

Stella Stahl joins the team as the new director of communications. Born and raised in Silver Lake, she holds a bachelor’s degree in political science and theatre from Northwestern University and joins the CD4 team after four and a half years in the nonprofit sector at both Planned Parenthood Los Angeles and Baby2Baby. She has experience developing creative content, mobilizing supporters, building community partnerships and advocating for causes.

Rachel Fox, who has served District 4 as a field deputy since 2017, will transition into her new role as deputy district director, where she will be overseeing constituent services and field operations, including community engagement, working with city departments to execute neighborhood projects and initiatives that help improve the quality of life for residents in Council District 4.

Helene Rotolo joins the office as the field deputy for the Silver Lake, Los Feliz and Hollywood United neighborhood council areas, as well as Griffith Park. Rotolo began her career with the city of Los Angeles as an intern for Mayor Eric Garcetti, and then the Office of the City Administrative Officer under the city’s Homeless Coordinator. After spending time working with the Department of City Planning at the Development Services Center, she returned to the CAO to continue her work in homelessness. Most recently, Rotolo has been a project coordinator for the Mayor’s A Bridge Home program, overseeing feasibility analysis, construction budgets and contract negotiations for 20 shelter projects, including two in Council District 4. She holds a master’s in public administration from Cal State Long Beach.

Sarah Tanberg, the previous field deputy for the area, will transition into her new role as homelessness deputy, supporting and working with Homelessness Coordinator Liz Oh.