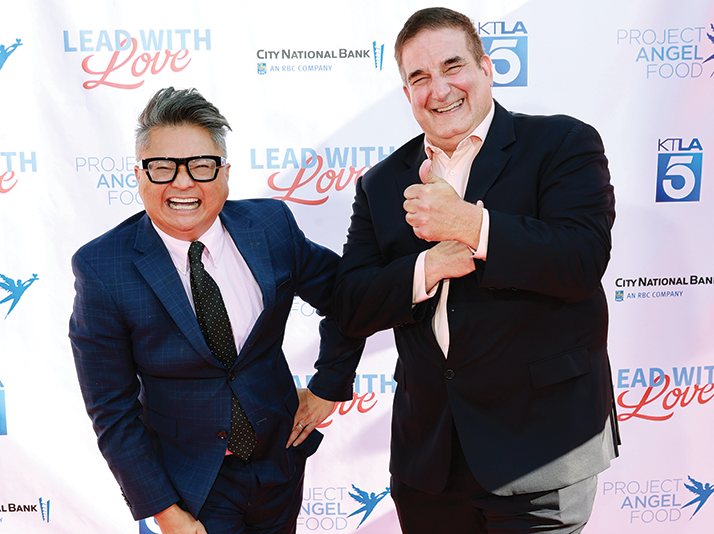 Hosted by “Will & Grace” star Eric McCormack and KTLA anchor Jessica Holmes, along with co-hosts Loni Love and Alec Mapa, the program opened with a surprise greeting from Ringo Starr. Donations started pouring in.

“I am overwhelmed with gratitude and inspiration,” Project Angel Food Executive Director Richard Ayoub said. “The success of this tells me Los Angeles is with us every step of the way.”

City National Bank donated $100,000 during the telethon and Love, author and host of “The Real,” presented $25,000 in winnings from her recent appearance on ABC’s “Celebrity Family Feud.” Actress Jamie Lee Curtis, who called in live via Skype, made a $10,000 gift from her family foundation. The Herb Ritts Foundation offered a match challenge of $75,000, agreeing to match donations coming in over an hour up to $75,000. The match was reached in 27 minutes.