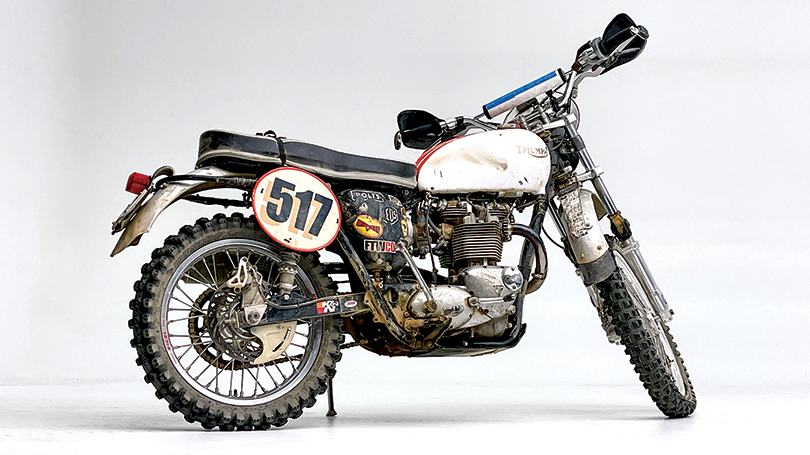 The 1966 Triumph T120 (photo courtesy of the Petersen Automotive Museum)

The Petersen Automotive Museum and Motorcycle Arts Foundation has announced a new exhibit, “ADV:Overland,” which celebrates the spirit of adventure through “off-road” and “off-world” adventure motorcycles and related vehicles.

Motorcycles and off-road racing vehicles on display are a 1912 Henderson Four as used in the first motorcycle trip around the world; a 1915 Harley-Davidson 11-F with sidecar as used by Effie and Avie Hotchkiss who became the first woman to drive across the United States; the 1932 Douglas “Mastiff” which inspired Robert Edison Fulton Jr.’s novel “One Man Caravan”; the 1933 Puch 250SL that was the first motor vehicle to overland from Europe to India; and more.

“Coming on the heels of a global pandemic, ‘ADV:Overland’ is an important retrospective of the freedom of exploration, to go where no one has ever gone and accomplish things that no one has ever accomplished,” Petersen Executive Director Terry L. Karges said.

“ADV:Overland” opened July 3. Guests who would like to visit the museum must purchase tickets in advance. Face coverings are required for all guests. Single-use face masks will be provided to those who do not have one.