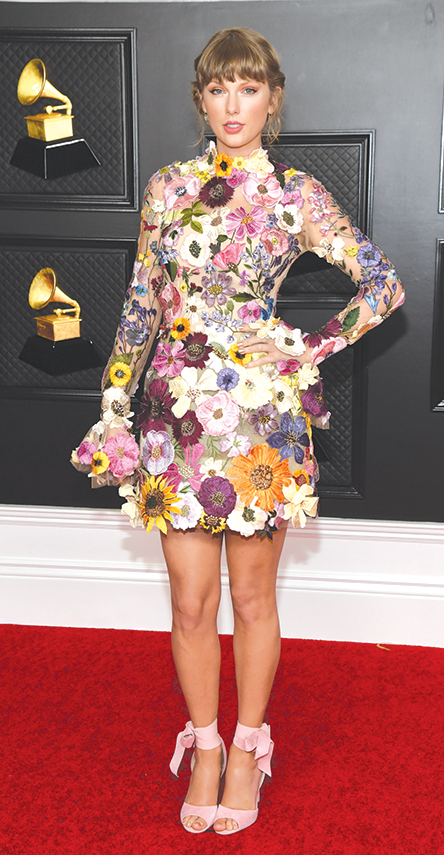 Taylor Swift’s dress from the red carpet at the 63rd annual Grammy Awards is now on display at the museum. ()photo courtesy of the Grammy Museum)

The Grammy Museum has added pieces from the 63rd Grammy Awards and the 21st Latin Grammy Awards to its “On The Red Carpet” exhibit.

Established in 2008, the Grammy Museum is a nonprofit organization dedicated to cultivating a greater understanding of the history and significance of music through exhibits, education, grants, preservation initiatives and public programming.