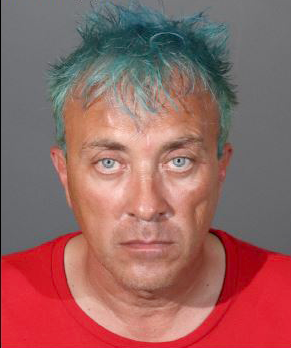 Authorities released a photograph of the alleged kidnapping suspect and are asking for additional victims or anyone with information to come forward. (photo courtesy of the LASD)

Investigators with the West Hollywood Sheriff’s Station are seeking additional victims of a male suspect who was arrested on July 23 at approximately 2 a.m. after allegedly kidnapping an unconscious woman who he found near Melrose Avenue and Robertson Boulevard.

The suspect, Fernando Adrian Diaz, 50, of Palmdale, was taken into custody after a citizen flagged down a patrol car near the intersection and told deputies that he had witnessed a man place a woman in a van and drive away. The deputies followed and pulled over the van a short distance away, said Lt. Bill Moulder, with the West Hollywood Sheriff’s Station.

“They said somebody had pulled the victim into a van and [deputies] quickly got behind him,” Moulder said. “The guy got out and was detained. They found the lady inside the van.”

Moulder did not know how the victim was rendered unconscious and declined to comment on whether she was intoxicated. He said, however, it illustrates the danger of losing awareness in public and cautioned people to always be careful and conscious of their surroundings. Moulder added that the suspect has not been linked to any other crimes, but the department broadcasted information out of an abundance of caution. 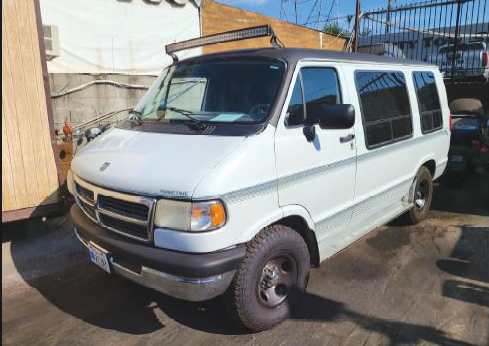 A photograph of the van Diaz was driving was also released by the sheriff’s department. (photo courtesy of the LASD)

“Based on the type of situation it was, we thought it would be good to put it out there to see if there are any other victims,” Moulder said. “I would caution people, especially when they are alone or it’s late at night, to call a cab or something. If it’s a situation where they are concerned about their welfare, call us and we will come out.”

Moulder said he did not know why Diaz was in West Hollywood. Detectives are concerned he may have been looking for victims in an area with many bars and restaurants.

Diaz was booked at the West Hollywood Sheriff’s Station for kidnapping and was released on July 24 on $100,000 bail. He is expected back in court on Nov. 24.

Diaz was described as being Latino, approximately 5-feet-8-inches tall and 165 pounds. He has blue eyes and grey hair that was tinted blue-green. The suspect was driving a white 1997 Dodge Ram van with a black top and a bar with lights on the roof above the windshield.

Detective Cynthia Mejia, the lead investigator in the case, also cautioned people to be careful when out at bars and restaurants. She said the investigation is ongoing and asked anyone with further information to call her at (310)358-4021.

VINTAGE: Subway system was decades in the making