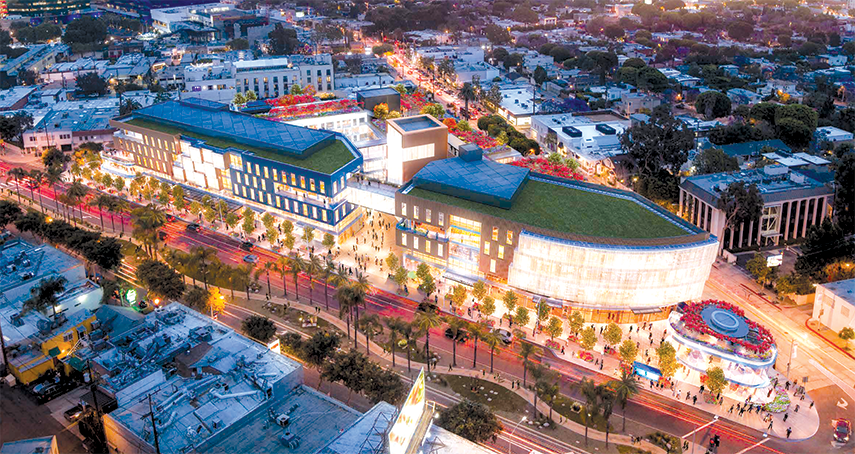 The community outreach portion of the approval process for the Melrose Triangle Mixed-Use Development continues, as the applicant, the law firm Latham & Watkins LLP, held a virtual meeting about the project at press time on Wednesday.

According to city staff, a revised planning application has been submitted for the 351,000-square-foot development, which was approved by the West Hollywood City Council in 2014. The project has since been modified.

“We’re happy that it’s going forward,” said Leslie Karliss, president of the West Hollywood West Residents Association. “We see it as an opportunity to encourage commercial interaction with the community. We really hope it’s successful and [that] it’s a spectacular gateway to West Hollywood.”

The project site is 117,000 square feet on 10 parcels at Santa Monica Boulevard, Melrose Avenue and Almont Drive, according to city documents. Originally, developers proposed making the mixed-use project more than 300,000 square feet, but that figure increased with the modifications.

While the association supports the project, it has some concerns, Karliss said. She said pedestrian flow on Melrose Avenue is among them, as is the façade, which seemed “very average” when the developers last presented the project to the association.

“We don’t want it to be a white elephant,” Karliss said, adding that the association would like to see a gateway to West Hollywood that people are drawn to, rather than a “dead space” on Melrose Avenue. “And we want it to be beautiful.”

“We just want the best possible project,” she added. “We want it to be successful.”

West Hollywood Mayor Lindsey Horvath agreed that the city could use a development in the area that welcomes visitors; however, she declined to offer an opinion on the currently proposed project.

“The city would certainly like to see a development at the Melrose Triangle that addresses community needs and responds to what is needed for the city,” she said.

According to city staff, a public hearing for the project has not yet been scheduled, though it is likely that one will be held later this year.

If approved by the planning commission, the project proposal could be appealed to the City Council.

“It will be interesting to see whether this current council has different ideas about what should be going in on that site, if we have an opportunity to weigh in on it,” Horvath added.

Bike lanes may roll out on Roxbury Drive