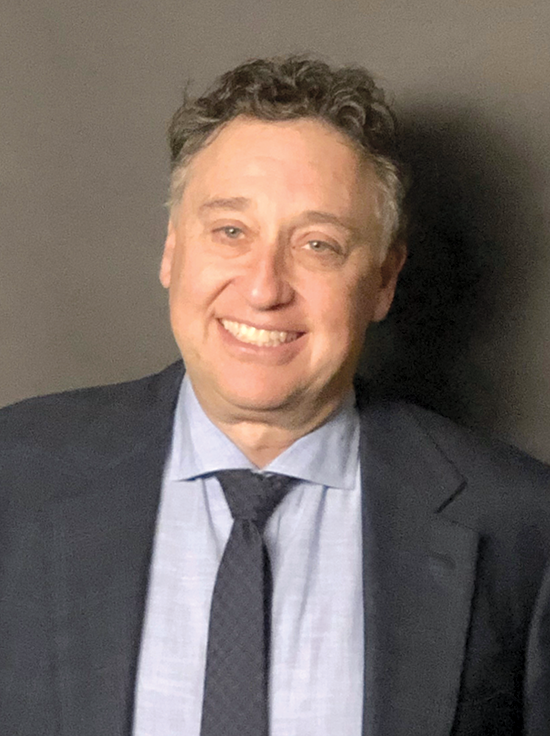 The chairman of the Beverly Hills Planning Commission has announced that he will run for City Council in June 2022, when Mayor Robert Wunderlich and Councilmen John Mirisch and Lester Friedman will be up for reelection.

A producer and principal of Beverly Hills-based Licht Entertainment, Andy Licht made the announcement last week. He said it’s become a “trite saying,” but he wants to give back to a community that has offered him so much.

“Everything about the city has been really great. I love the city,” Licht said. He added that his family and business interests are “in a great place,” enabling him the opportunity to devote plenty of time and energy into the position.

“It was the right time for me.”

Licht, a Beverly Hills resident since childhood, has been a principal at Licht Entertainment since 1981. The City Council appointed him to the Planning Commission in 2016, and he has served as chairman twice. Licht also served two terms on the city’s Traffic and Parking Commission.

He said he is generally pleased with the state of the city but would like to see Beverly Hills officials think more critically about development.

“We need to think long-range and be smart about how and what we develop in the city,” Licht said.

Specifically, he would like to see the city give more attention to its southeast side, an area that he sees as somewhat neglected.

“I just think there needs to be more focus,” the commissioner said. “It’s an important part of our city. …I just think there could be more development there that would be smart and energize that area. I would like to see more energy in the southeast.”

Regarding development in general, Licht said he remains neutral and objective. He said he’s been criticized for denying too many projects by developers and approving too many by residents.

“That just shows I’m a middle-of-the-road guy,” Licht said, stressing the need to listen to neighbors individually and the community as a whole.

Licht’s parents moved to Beverly Hills in 1964 for the schools and city services, such as police and fire. Licht said he still lives in the city for the same reasons, and he wants to see those services maintained.

“I think they’re great,” he said of the police and fire departments. “I just want to make sure that they remain great and state of the art and have what they need to keep the city as safe as we possibly can. It’s important to me.”

Licht said his home was broken into a couple of years ago, and that he lost some keepsakes from his father, who had recently passed.

“It hurt me personally, and I know what it’s like,” he added.

Licht would also like to improve traffic and parking. He touted his work on the Traffic and Parking Commission, which implemented some of his ideas.

“You’re never going to solve traffic,” he said, adding that working on the council will allow him more opportunities to mitigate it. “I would like to see that happen.”

Additionally, Licht wants to use the council position to protect renters and the city’s most vulnerable residents, such as seniors. He is a believer in term limits and thinks three terms should be plenty for an official to achieve their goals.

Licht has also served as a member of the Beverly Hills Unified School District Citizens Oversight Committee, the Superintendent’s Advisory Council and the Schools Site Council. He has been the executive producer of two TV movies and seven feature films, including two – “The Cable Guy” and “Waterworld” – which debuted as No. 1 films at the U.S. box office, according to a press release. Licht’s movies have grossed more than $600 million worldwide, the release states.

He has volunteered for several organizations, such as the United Jewish Fund, Big Brothers and the Boys & Girls Club. Licht is a graduate of the University of California, Berkeley, and received his master of fine arts from USC’s Peter Stark Program.

Licht is a lifetime member of the Academy of Motion Picture Arts and Sciences.