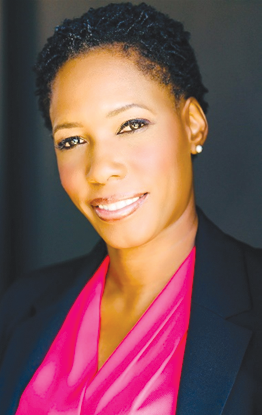 As part of the ongoing initiatives to advance diversity and equity, Monique Earl has been named to lead the newly-created Office of Diversity, Equity and Inclusion at the Los Angeles Department of Water and Power.

She will be responsible for the oversight of policies, practices and programs designed to improve diversity and opportunities throughout LADWP — and position the agency to better serve communities with the highest needs.

As a senior assistant general manager, Earl will also work to provide leadership, guidance and support in the internal and external development and implementation of the department’s Racial Equity Action Initiatives.

She has served as chief deputy controller for City Controller Ron Galperin and deputy mayor of budget and financial policy in the administration of Mayor Antonio Villaraigosa.

“Equity is about making sure everyone, especially people from historically disadvantaged backgrounds, have the opportunity to be successful at LADWP. Monique Earl will be a welcome addition as LADWP’s first chief diversity, equity and inclusion officer during this critical time,” LADWP Board President Cynthia McClain-Hill said.

The creation of the Office of Diversity, Equity and Inclusion took on a sense of urgency after Mayor Eric Garcetti issued Executive Directive No. 27. The directive was issued after the death of George Floyd and nationwide demonstrations for social justice and elimination of institutional racism, and it instructed all city departments to create a Racial Equity Action Plan.

Sing for Hope Pianos ready to play in BH