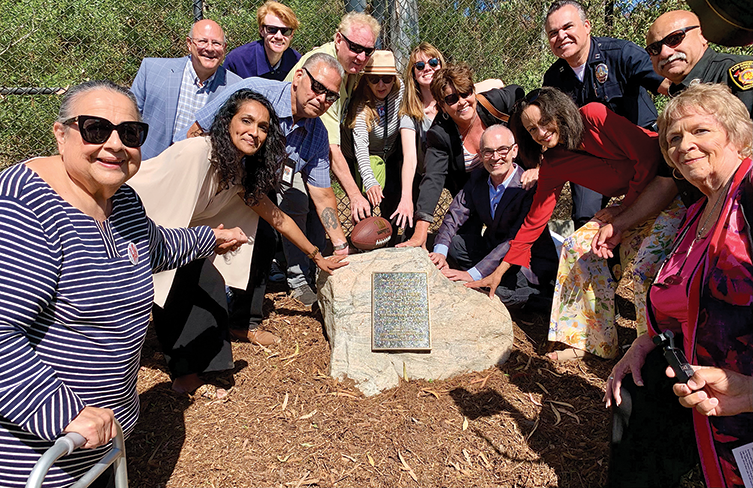 The late former Los Angeles Councilman Tom LaBonge, who died on Jan. 7, was honored on June 24 with a memorial plaque adjacent to the Silver Lake Meadow. LaBonge represented the 4th District on the Los Angeles City Council from 2001-2015, and was known to many as “Mr. Los Angeles.”

The Silver Lake Together Advocacy Team worked with community activist Nina Sorkin and the Silver Lake Improvement Association to purchase the plaque, which is located near Silver Lake Boulevard and Armstrong Avenue, outside the Los Angeles Department of Water and Power Silver Lake Reservoir Complex. The dedication ceremony was attended by LaBonge’s widow, Brigid, and his children, Charles and Mary-Cate, as well as community members and Councilmembers Mitch O’Farrell, 13th District, and Nithya Raman, 4th District.

“Tom LaBonge was a great friend and mentor to me,” O’Farrell said. “Tom was synonymous with many Los Angeles landmarks, and it’s fitting that he be honored with a permanent marker next to the iconic Silver Lake Reservoir Complex, which he loved so much.”

Voters may decide on contractor preference in L.A.