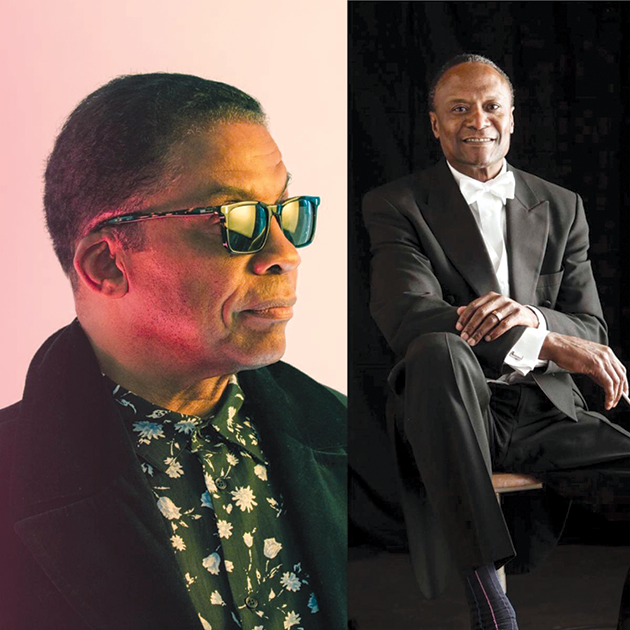 The Los Angeles Philharmonic Association announced on July 1 contract extensions for Herbie Hancock as the creative chair for Jazz and Thomas Wilkins as principal conductor of the Hollywood Bowl Orchestra.

Wilkins, whose extension goes through 2025, has held a titled position with the Hollywood Bowl Orchestra since 2008, when he was named principal guest conductor. In 2014, he became principal conductor.

The upcoming seasons present a diverse blend of new jazz stars and greats such as Ledisi, Dave Koz and Tower of Power, Sergio Mendes and Hancock himself as part of the Hollywood Bowl’s Jazz Plus series.

Wilkins’ appointment as principal conductor of the Hollywood Bowl Orchestra in 2008 made him the ensemble’s first titled leader since founding director John Mauceri retired in 2006. Since he began, Wilkins has conducted the orchestra at more than 110 concerts.

This year, he leads the orchestra in the first public concerts at the Hollywood Bowl since the venue closed in 2020 due to the global pandemic. The reopening concerts were held last weekend, but later this summer, Wilkins will conduct the orchestra concerts with James Blake; actress, singer and songwriter Cynthia Erivo; Ledisi singing the music of Nina Simone; and pianist Aaron Diehl and soprano Julia Bullock in works by Margaret Bonds & George Gershwin, all with the LA Phil. Wilkins will also lead the LA Phil in four concerts celebrating the orchestral music of Duke Ellington during its 2021/22 season at Walt Disney Concert Hall.