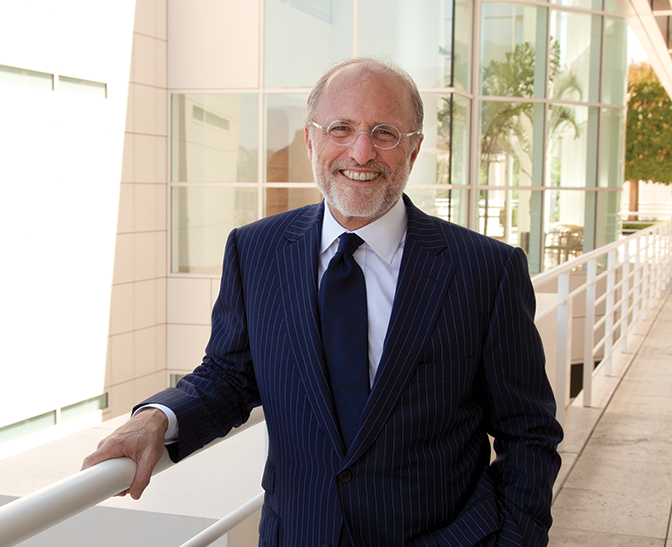 International arts leader and scholar James Cuno has announced plans to retire as the president and CEO of the J. Paul Getty Trust after a decade at the helm of one of the world’s largest philanthropic organizations for visual arts and cultural heritage.

“It has been my honor to serve this tremendous organization, and to play a small part in expanding its mission to broaden and deepen our understanding of the human experience through the visual arts,” Cuno said.  “It has been incredibly fulfilling to see the impact of our collective work in conservation, research, museum presentation and philanthropy, and I am so grateful to the many dedicated staff and volunteers who make it all possible.”

Cuno recently informed the Getty’s board of trustees of his intention to retire and will remain in his role until his successor is selected and in place. Cuno cited his turning 70, completing his 10th year of service to the Getty and “the natural transition to a post-COVID world” as factors leading to his decision to retire. As president emeritus, he will continue to work on projects related to the greater understanding and conservation of the world’s cultural heritage, he said.

“Jim brought great stability and energy to Getty, which has grown stronger through digitization and expanded engagement with both Los Angeles and the world,” board chairman David Lee said. “Jim deeply understands the power of art to unify the world, to teach us about humanity and to connect us through our common heritage. He is one of our greatest art historians, and his leadership in this regard has been unwavering.”

Lee said the Getty board will appoint a committee to begin an international search.

During Cuno’s tenure, Getty increased its outreach and engagement in the Los Angeles region, most recently providing $10 million to seed the L.A. Arts Recovery Fund, which grew through matching funding to provide more than $37 million in pandemic recovery support for 90 Los Angeles-area small- and mid-sized community arts organizations. The Getty is currently preparing for the third in its Pacific Standard Time series of arts collaborations, to be held across the Los Angeles region in 2024, with grants to dozens of arts organizations to create exhibitions, publications and scholarships on the theme of art and science.