Despite potential, ‘The Tomorrow War’ disappoints 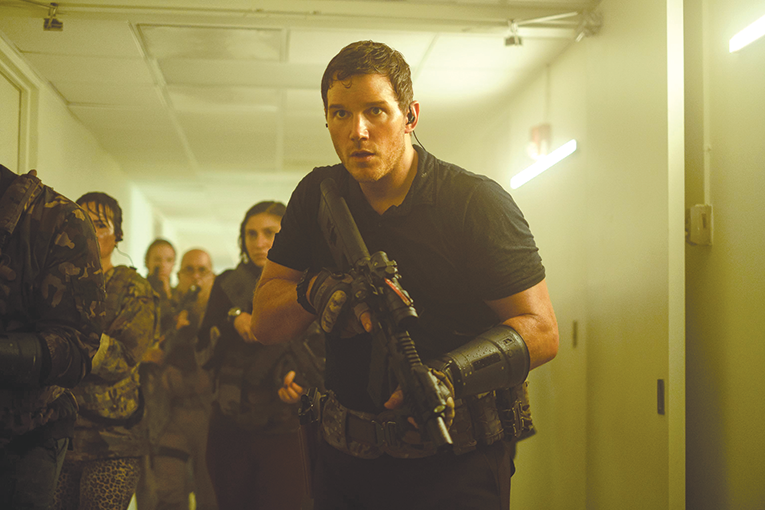 “The Tomorrow War” has an interesting sci-fi premise but lacks other elements that would have made it much better. (photo courtesy of Amazon Prime)

Chris Pratt’s an enjoyable enough leading man, morphing from a hilarious small-screen dope, via “Parks and Rec,” to one of the three Chrises of Marvel. Alas, neither his charisma nor J.K. Simmons’ beefed up biceps can save “The Tomorrow War” from itself.

Amazon Studios’ very expensive misfire worked better when it featured mech armor and a distinct dystopian aesthetic, and went by the title “Edge of Tomorrow.” That was a solid – nay, incredible – sci-fi flick oozing with clever ideas expertly crafted. This “Tomorrow” is what happens when a creative team replicates its betters – “Aliens,” “Starship Troopers,” “Independence Day,” all the “Terminators” – without bothering to figure out what makes them work so much better.

The most glaring, and easily avoidable problem, announces its presence in near two-minute intervals. Ever heard the phrase subtext? It has no place in “Tomorrow.” When Dan Forester (Pratt) learns his hopes of working in scientific research are rejected, he directly vocalizes his yearning to do more with his life than teach high school bio.

Such smites to subtext are the film’s trademark; emotional conflict lingers for a few minutes, followed by an overt chat about what it all just meant. One painful attempt at an emotional scene removes any question about what happened in the past and why family matters so much, like a painful ’90s PSA.

After Dan’s drafted into an army that must travel 30 years into the future to fight aliens, he asks dad (Simmons) for help, but rather than experience a few minutes of uncomfortable dialogue, they get into the whole past: absentee parenting, the violence of war and PTSD. Possibly engaging topics given brief lip service in a tell-not-show screenplay.

Shirked subtext pairs awfully with talking down to audiences. Think about all the ways a bad story telegraphs a key clue to spoon feed audiences. “Tomorrow War” borrows trash science rationales from all those tired disaster movies. These moments should texture the story, enrich the narrative landscape, but they do little more than extend the runtime.

Thank supporting characters Charlie (Sam Richardson), a fellow draftee and scientist, and Colonel Muri Forester (Yvonne Strahovski), who runs the human military in the future, for serving as talking heads. They have splendid performances elsewhere. Here is a different story, a less interesting one.

“Tomorrow War” relies on cheap tropes: politicians love their red tape, news anchors fast track a time jump and biological family is all that matters, namely dad’s ability to prove he’s man enough to save the world for his daughter. At one point, a major plot reveal relies on one of Dan’s students to answer something an actual specialist – or probably a web search – could accomplish. A lot of those convenient moments move things along. 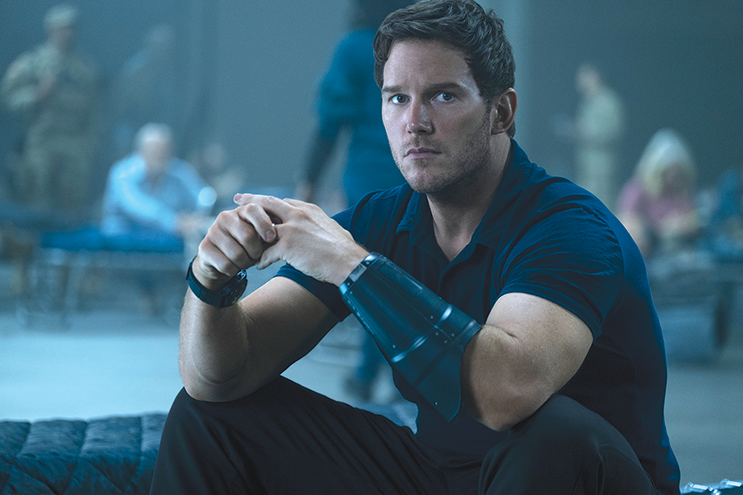 At a whopping $200 million production budget, “Tomorrow War” should be Amazon Studios’ grand introduction to blockbuster cinema. Instead, it will probably serve as one of many cautionary tales.

It’s a shame too, considering director Chris McKay’s traction in animation, including working on “The LEGO Movie” and helming “The LEGO Batman Movie.” Something went very wrong here. Perhaps the buck stops with him. Or maybe screenwriter Zach Dean (“24 Hours to Live,” “Deadfall”) deserves the blame for all that terrible dialogue and plagiarized plotting.

Amazon likely shares the blame too. This reeks of the same studio interference that took down films like “Warcraft” and “The Dark Tower.” No one central vision drives the story. It’s an odd blend of safe and bland – no style, not a single memorable line or sequence.

“The Tomorrow War” elates in the bellicose morality championed by a modest, quite subpar subgenre: “Battlefield: Los Angeles,” “Battleship” and all five “Transformers.” The outcome here is similar. It craves self-importance but results in the kind of B-movie content that dominated the second page of options in any genre category on Prime.