Crews move ahead with subway construction 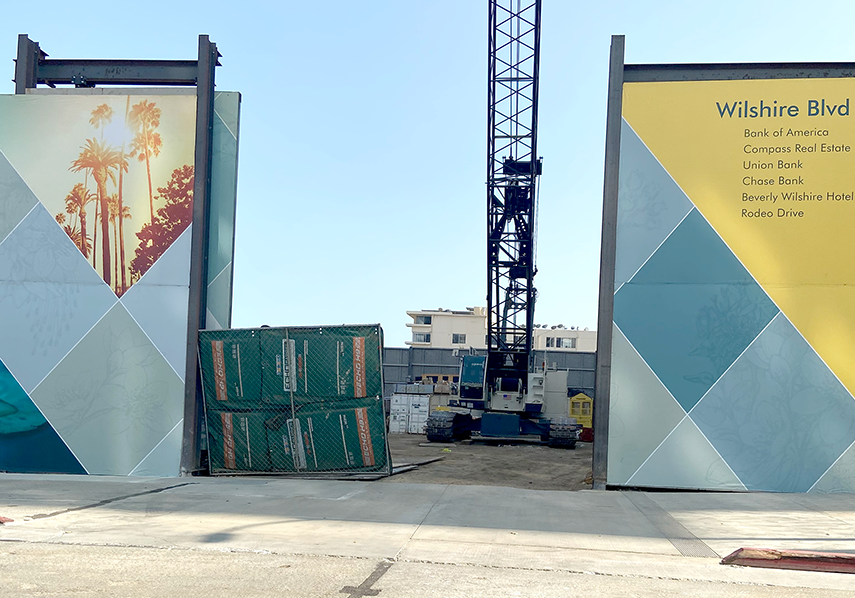 Work on the Purple Line Extension project is occurring 24 hours in many locations, including in the subway station staging areas. (photo by Edwin Folven)

Metro is continuing construction on the Purple Line Extension subway project and is advising residents and motorists about upcoming work between the Wilshire/Western and Century City/Constellation stations.

In Century City, excavation of a subway station beneath Constellation Boulevard is underway and is anticipated to be complete in the first quarter of 2022. The underground work will take place 24 hours, Monday through Friday.

Partial traffic lane closures are currently in place to facilitate excavation, hauling and material delivery for station construction. Eastbound and westbound vehicle access on Constellation Boulevard is being maintained between Century Park West and Century Park East. All driveways are accessible. The valet for Craft Los Angeles  restaurant is located on Constellation Boulevard east of Avenue of the Stars.

Twin tunnel boring machines have tunneled east from Century City under Beverly Hills and they are anticipated to reach the Wilshire/Rodeo station this fall. They will continue tunneling until they reach the eastern terminus at Wilshire/La Cienega. Work hours are 6 a.m. to 3 a.m., Monday through Saturday. Ongoing construction and support of the tunneling machines continues within staging yards on Century Park East.

At Wilshire/Rodeo, excavation was completed in June and the work has shifted to construction of the underground station, which will be ongoing through 2025. Material, equipment and concrete deliveries will occur daily.

The first two tunnel boring machines that excavated from Wilshire/Western and Wilshire/La Cienega are being removed in sections from the future La Cienega station. A full closure of North Gale Drive at Wilshire Boulevard will remain in place from 6 a.m. to midnight. Hauling hours are midnight to 6 a.m., Sunday through Thursday, and 7 a.m. to 4 p.m., Monday through Saturday. Temporary lane reductions, intersection and street closures may be required. Access to driveways will be maintained along the hauling routes.

Wilshire Boulevard will be reduced to two lanes in each direction between Detroit and June streets through September. Intermittent lane closures may also be in place on Wilshire Boulevard from Highland Avenue to Wilshire/Western.