Changes coming to cannabis in WeHo 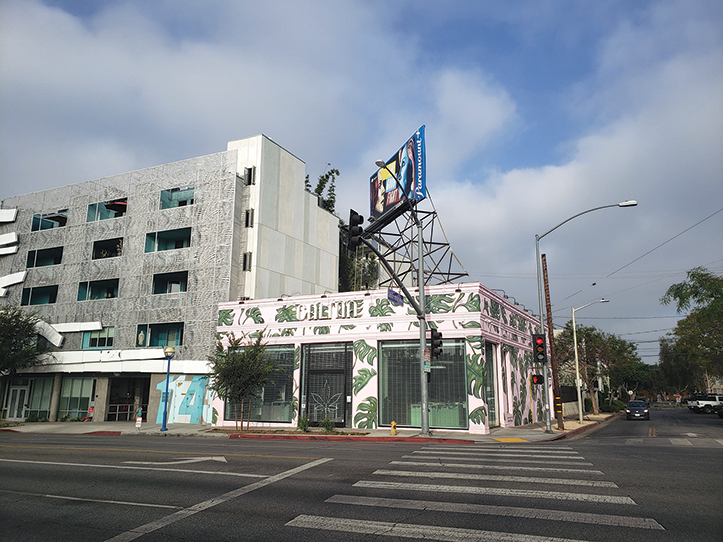 Calma is being acquired by a company affiliated with rapper and businessman Jay-Z. (photo by Cameron Kiszla)

Mara Stusser, general manager of Calma, said the dispensary is “super thrilled” to partner with the Parent Company.

“It’s been something that we’ve been in talks with the Parent Company for maybe a month or so,” Stusser said.

The Parent Company CEO Steve Allan said West Hollywood is “one of the iconic spots in the Los Angeles area, and it has a solid history with cannabis.”

Allan said the Parent Company team has had “some good conversations” with city officials, and given that the existing Calma team has done a good job of “being incredible citizens” in West Hollywood, he doesn’t “foresee any issues” with the city’s approval of the sale.

Stusser and Allan also confirmed that while the ownership is changing, customers are unlikely to notice a difference, as the modifications will mostly be “behind the scenes.” Allan said modifications include a new technology system, better availability for delivery and pickup services and new items for sale.

The commission declined to approve Fantom Flower’s application because the site at 8811 Santa Monica Blvd., the former home of Flaming Saddles, is within 600 feet of West Hollywood Park.

Commissioner Mark Farhad Yusupov said in a previous map of allowed sites for cannabis businesses, 8811 Santa Monica Blvd. would not have been permitted. However, a change enacted by city staff “less than a month ago” altered the map for cannabis businesses to make the 600-foot limit start from the West Hollywood Library, not the entire park, as it had previously.

“I don’t know exactly how they did the change, but apparently they’ve been using a map for some time that would designate West Hollywood Park as a sensitive area, and state law does not allow marijuana dispensaries or those types of establishments within 600 feet of those areas,” Yusupov said.

Existing cannabis businesses were not allowed to choose their locations using the new map, Yusupov said.

“Because there were apparently some other people considering the old map in thinking that location would not be possible and the change happened recently, it wasn’t clear one way or the other on the map. The commission felt it would not be fair for us to make a decision on the new map,” he said.

Instead, the City Council will be asked to make a decision on whether the council should use the new or the old map. That discussion is not yet scheduled, Yusupov said.

Representatives for Where Eagles Fly could not be reached before deadline.