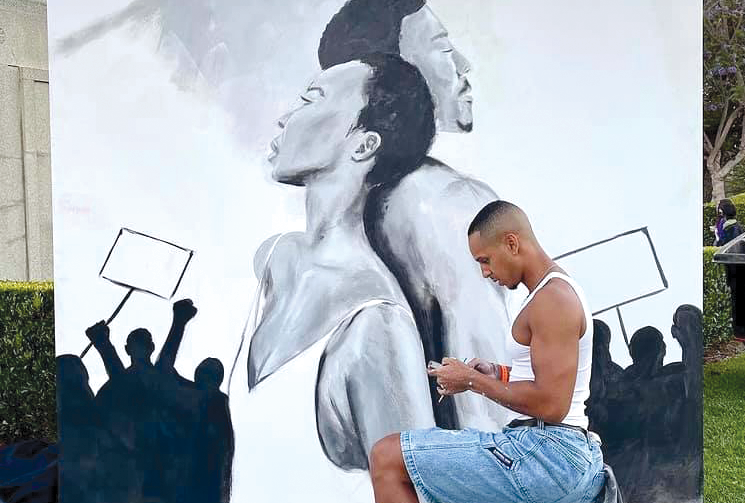 More than 1,000 people came together on June 27 for the Los Angeles LGBT Center’s first Pride Picnic at Hollywood Forever Cemetery.

The center partnered with L.A. Black Pride to commission a live art mural in commemoration of the first anniversary of the All Black Lives Matter march on June 14, 2020, when more than 20,000 people marched to amplify Black queer voices. Artist Devin Wesley created a mural titled “I Have Your Back” which will be displayed through July at Center South, the center’s location near Leimert Park.

“I think it was very important that we commemorated the All Black Lives Matter march because we still have work to do in both the Black and LGBTQ community,” All Black Lives Matter march co-organizer Brandon Anthony said in a statement. “It was awesome to have Devin Wesley as our artist to create the mural because he was also involved in the march. We felt like it was essential to allow someone who supports the purpose of the march and someone who may have those similar experiences as a Black gay man.”

O’Farrell applauds increase in minimum wage to $15 per hour