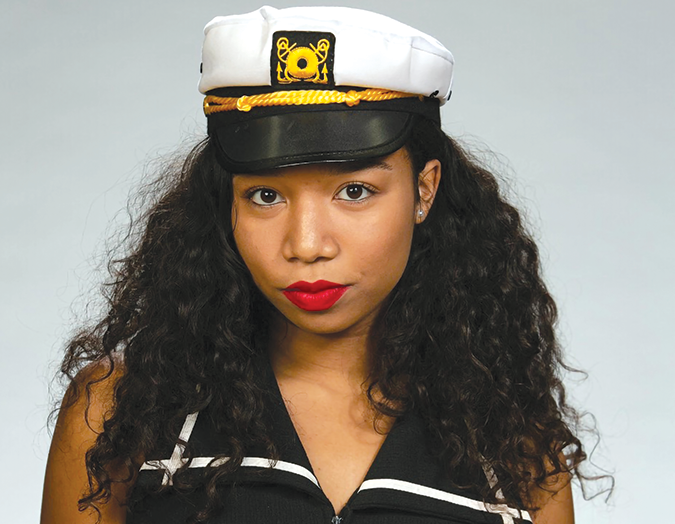 “Caroline, or Change,” a theatrical production at Immaculate Heart High School that was canceled in March 2020 due to the COVID-19 pandemic, will be presented on the Immaculate Heart stage from July 29-31 and will include former students.

Alumni from the last 10 years will join members of the original cast for the Broadway musical, which tells the story of Caroline Thibodeaux, a Black maid whose world in 1963 Louisiana ripples with change. The play’s themes, focusing on Thibodeaux’s personal battles with racism and classism against the backdrop of the civil rights movement, resonated strongly with the original cast and continue to inspire the current cast and crew of what is being called the “Reunion Show.”

“The cast felt very connected to Caroline’s struggle,” director and IHHS drama teacher Heather Chesley said. “We kept thinking we would reopen in two weeks, two months, and we could share this very important story. Now, our cast and alumni will return to present this story that ignites discussion and empathy.”

Recent alumna Khafira Freeman, class of 2020, will return to the stage as Caroline, a role she prepared for before the original production was cancelled.

“I’m delighted to portray Caroline on the same stage where I first discovered my love for acting,” said Freeman, who is currently a student at New York University’s Tisch School of Performing Arts. “This story raises awareness of class and racial divides and is beyond important to tell, no matter the setting.”

Quinlan Fitzgerald, class of 2011, will be among the alumni joining Freeman onstage. Fitzgerald, who acted in Portland after graduating from University of California, Santa Barbara, and is now working with the social impact agency Propper Daley in Los Angeles, said she is excited to return to Immaculate Heart to play Rose Gellman, the new wife and stepmother of the family for whom Caroline works.

“Theater has been gone for more than a year, and that’s been so hard for so many,” Fitzgerald said. “I can’t think of a better way to connect to that community for the first time post-2020 than with a show at IH. I’m very grateful to be able to spend some time on the campus that really sparked my love for acting, and I’m excited to learn from the current women of great heart and right conscience.”

Immaculate Heart High School is located at 5515 Franklin Ave. Showtimes are at 7:30 p.m., Thursday through Saturday, with a matinee performance at 2 p.m. on Sunday, Aug. 1. Tickets are $15. For information, visit immaculateheart.org/reunionshow.