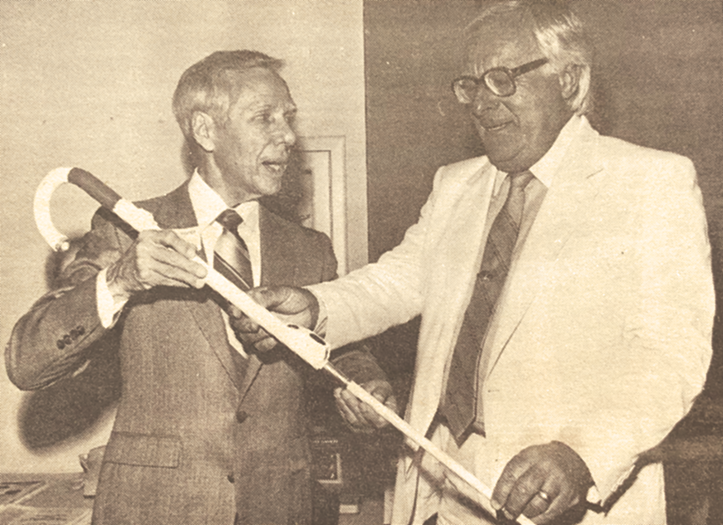 Author Ray Bradbury, right, known for his novels “Fahrenheit 451” and “The Martian Chronicles,” was shown in this photograph from the July 7, 1983, issue of the Park Labrea News with Leon H. Thamer, who was assistant executive director of the Braille Institute at the time. Bradbury (1920-2012) lived in Hollywood and Beverly Hills as a youth and attended Los Angeles High School. He originally wanted to become an actor but wrote incessantly and found his true calling as an author, penning many science fiction classics. In the photograph, he joined representatives of the Braille Institute at 741 N. Vermont Ave. to dedicate the sensory aides learning center and examined a laser cane. The accompanying article described how Bradbury also conversed with a talking calculator, a device that was the first of its kind at the time.