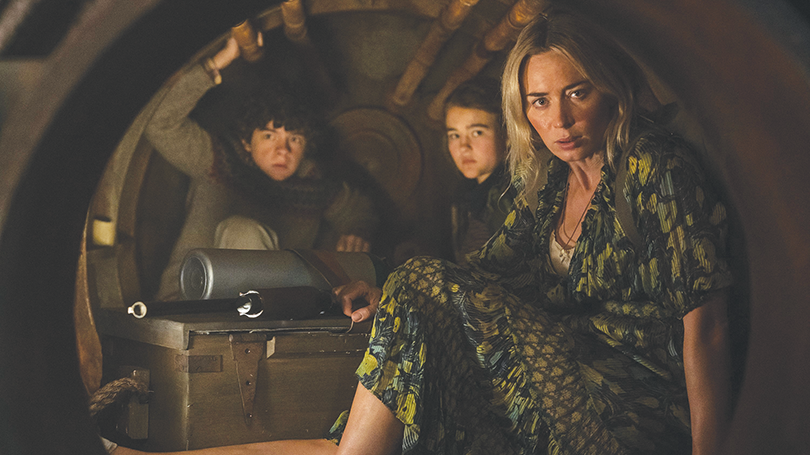 A sad truth: a sequel or spinoff to “A Quiet Place” would face an uphill challenge replicating what made the 2018 horror darling such a memorable experience. John Krasinski, director of both – and co-lead of the first –knows that as the second chapter in the Abbott family’s fight against aliens with very astute hearing feels less like, well, a quiet place and more akin to a rich expanding world with more corners to explore.

World building is the key here. Part I slowly introduced a unique dystopian landscape: unknown beings attack anything that makes a sound, forcing all remaining humans into hiding and a much quieter daily routine. Come the climax, the family learns that amplifying the sound from oldest daughter Regan’s (Millicent Simmonds) cochlear implant throws the creatures into a tizzy, allowing for a strategic headshot.

Spoiler of the original: “A Quiet Place” enjoys one of the best endings of all time (I say this without hyperbole), and the sequel begins moments later, following a flashback sequence depicting day one of the invasion from the fam’s perspective. Evelyn (Emily Blunt) rushes to safety with her three children, one born the night before and kept safely hushed in a custom box with an oxygen mask (that might complicate matters later on).

The Abbotts soon cross paths with an old friend, Emmett (Cillian Murphy), who wishes to remain alone following his many losses. In a move familiar to any franchise with hopes for grandeur – “Star Wars,” “Lord of the Rings,” “Avengers” – characters splinter in search of safety from all those big bads.

This allows middle child Marcus (Noah Jupe) to learn some hard lessons about bad – actually more like clumsy – choices, while Regan establishes herself as the primary protagonist and heroine of the series. Along with monsters from off planet, the Abbotts confront an array of survivors friendly and hostile throughout scenes that gush dystopian vibes familiar to fans of Cormac McCarthy’s “The Road.”

“Part II” isn’t as fresh and original as the former, but it hardly loses momentum. Perhaps the only downside – or upside, depending on your reception to the original – is more dialogue compared to the nearly voiceless first one. American Sign Language still remains prominent, but Regan, a deaf character performed by a deaf actor, must learn to communicate with others outside her family with little or no experience in such circumstances. 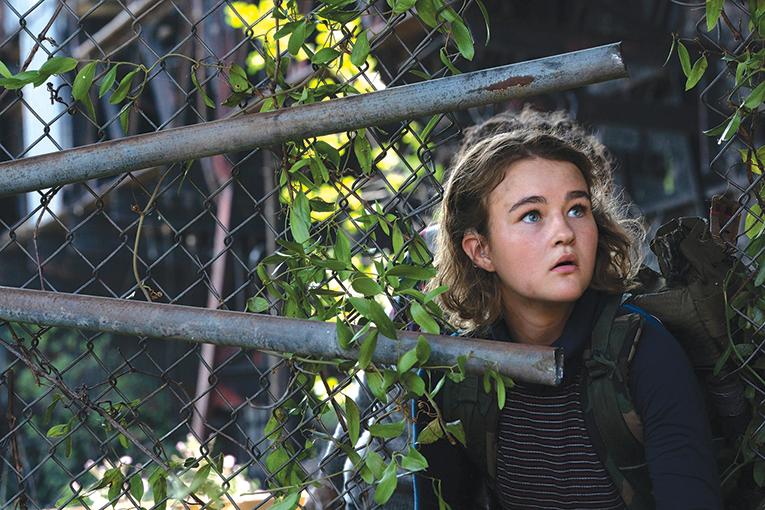 Simmonds’ shared scenes, particularly with Murphy, a remarkable performer with a long resume, reveal an incredible performer. Of course, she handles the more thrilling sequences with appropriate zeal, but her role expands along with those acting chops, delivering on the promise of the first film’s climax.

For horror fans, “Part II” doesn’t provide as many jumps along the way. It plays more like an intense episode of “Stranger Things,” veering toward thrilling more than full-blown horrifying. But the few jolts and jumps that arrive allow Krasinski to flex some splendid directing choices. Notably, juxtaposing sequences expertly dance between conflicts across plotlines.

This series is a rightful heir to “The Twilight Zone,” capitalizing on a singular sci-fi topic and examining how it creates a chain reaction that affects the world thereafter. Come “Part II,” the conceptual commitment gives way to something more attainable. That might disappoint folks hoping for a repeat of the same, but some things can’t work twice without devolving into a tired trope.

This one will likely set the tone for the inevitable threequel and other rumored spinoffs. Hopefully there’s room for originality, but for now, “A Quiet Place Part II” still enjoys solid pacing and concern for its characters’ emotional trajectories. That dual purpose serves this entry quite well.