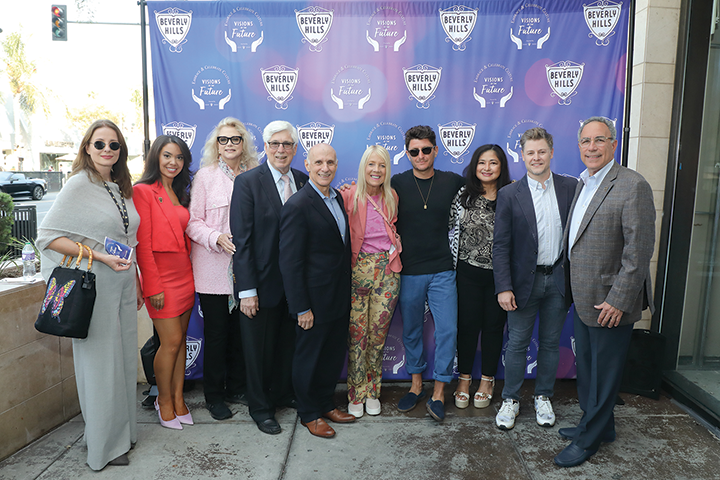 The Next Beverly Hills Committee has partnered with the city of Beverly Hills’ Arts and Culture and Human Relations commissions to launch its new program, “Visions of the Future,” a series of special pop-up art installations intended to activate public spaces with vibrant, visual experiences.

A dedication ceremony on July 14 celebrated the new art pop-up and L.A.-based artist James Goldcrown. The art by Goldcrown is located in the windows at 455 N. Canon Drive. Known for his “Bleeding Hearts/Lovewall” murals, the exhibit features six neon works that serve as an illuminated backdrop for nighttime dining in Beverly Hills.

“With Beverly Hills reopened and visitors returning, this initiative is just what the community needs and brings happiness and inspiration to our streets,” Beverly Hills Mayor Bob Wunderlich said . “As a city that embraces art and culture, I look forward to seeing more of our spaces transformed into creative environments.”

The Next Beverly Hills Committee was established in 2015 to engage residents through innovative initiatives that address lifestyles as well as economic and civic needs, and inspire them to make Beverly Hills a better place.

“We’re thrilled that Visions of the Future has become a reality and is ready for the public to enjoy. The goal of this project is to create a stimulating visual experience in vacant spaces around the city. We’re proud to have the talented James Goldcrown as our first artist, whose work is now displayed at 455 N. Canon,” said Kipton Cronkite, arts chair, Next Beverly Hills Committee. “As the ‘Visions of the Future’ project expands, we look forward to highlighting a diverse range of art. Next Beverly Hills and the Arts and Culture and Human Relations Commission through their inner commission collaboration, ‘Embrace and Celebrate Culture,’ have worked together beautifully to help make this project possible. I believe our efforts will not just be enjoyed by the community, but will strengthen Beverly Hills’ presence in the art world.” 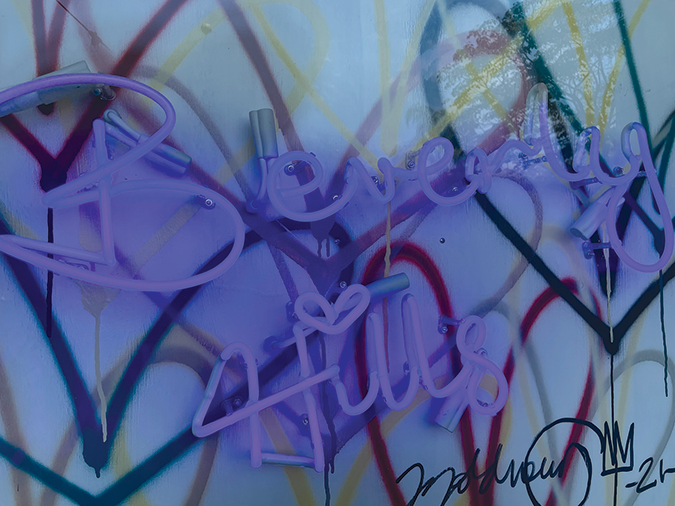 James Goldcrown’s work will be featured at the “Visions of the Future” pop-up installation. (photo courtesy of the city of Beverly Hills)

“Visions of the Future” is part of the city’s Embrace & Celebrate Culture Initiative, a citywide program created by the Arts and Culture and Human Relations Commissions that celebrates diversity and fosters a culture of greater inclusion and belonging in Beverly Hills.

“Art can be healing. Cultivating a shared visual experience is a vital way to foster unity within a community. It is a way to bring cheer to residents and attract visitors,” said Deborah Frank, Beverly Hills Arts and Culture Commission chair. “Activating an empty storefront with art can help refresh and renew the bonds between the businesses, which can lead to economic success and sustainability.”