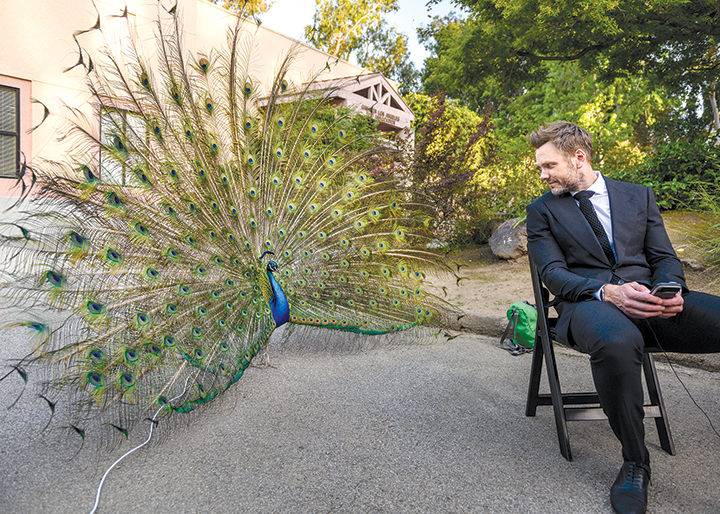 The Greater Los Angeles Zoo Association is reminding the public that its annual Beastly Ball fundraiser will be held virtually on Saturday, June 5, at 6 p.m.

The event, celebrating its 51st anniversary in 2021, has evolved into a virtual celebration that invites viewers from around the world to support the Los Angeles Zoo. Actor, comedian and television personality Joel McHale will host the Beastly Ball, which will honor the philanthropic work of actor Jackie Chan and actress Leila George. The event will also include inspiring conservation stories, celebrity guests, animal moments, an online auction and musical performances by Weezer; REO Speedwagon’s Kevin Cronin; Slash with Def Leppard’s Phil Collen and Stone Temple Pilots’ Robert DeLeo; and Poet Christopher Simms reading “The Return of the Earth/She.”

Guests can watch the livestreamed event free and participate in the silent auction by visiting lazoo.org/beastlyball. Tax-deductible patron packages start at $1,500.

“Last year, more than 21,000 people from around the globe joined the celebration, making it our biggest and wildest party to date,” GLAZA president Tom Jacobson said. “And with Joel McHale returning to host the event, it is guaranteed to be a laughter-filled evening of philanthropy, fun, favorite animals and fabulous celebrity friends.”

Chan is a worldwide film sensation, and Chan’s off-screen work embodies his spirit of generosity and humility. He supports many causes including wildlife conservation. Chan is ambassador of Save China’s Tigers, an organization seeking to save the endangered South China tiger through breeding and reintroduction into the wild.

Australian-American actress George, who appears on TNT’s “Animal Kingdom,” has worked with her husband, Sean Penn, and his nonprofit relief organization, CORE, in establishing COVID-19 testing and vaccination clinics throughout the country. Last year, George raised funds for the conservation of wildlife, land and communities by producing and hosting the Australian Wildfire Relief Event at the L.A. Zoo.

“This year’s conservation honorees hail from different parts of the world and represent the diverse voices creating social awareness for the need to protect native species and wildlife habitat around the globe,” Jacobson added. “And with conservation at the core of what we do, this fundraiser supports GLAZA’s efforts to fund a myriad of programs including conservation, animal care, animal health and education programs at the Los Angeles Zoo.”