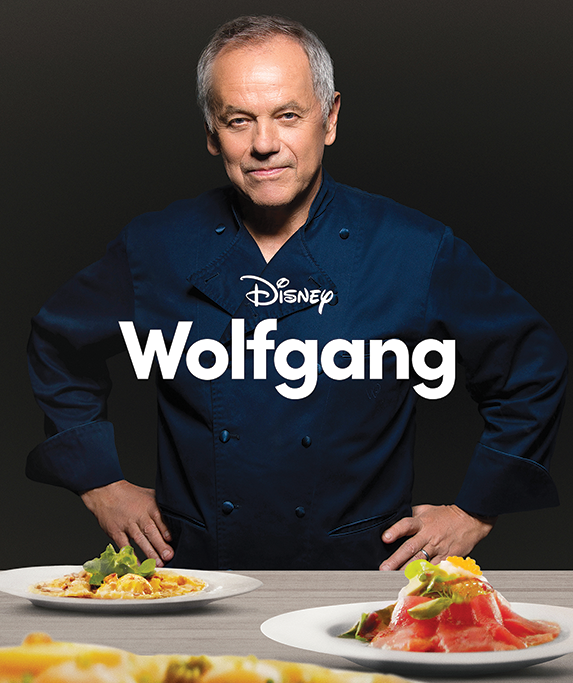 Recently while watching the documentary “Wolfgang”, available on Disney+, I was mesmerized by the candid, inspiring and emotional journey of Wolfgang Puck. It begins while he is a teenager growing up in Austria, seeking comfort while cooking in the kitchen with his mother, a pastry chef at a hotel. The kitchen was a safe haven to escape from an abusive stepfather.

Learning how to cook in Austrian hotels, French restaurants and later coming to America paved the way for Puck to live his dream – a successful career, marriage and family.

Throughout the movie, there are candid interviews with former Spago chefs including Mark Peel and Nancy Silverton, sharing insight about the rise of Wolfgang Puck.

Two days after watching “Wolfgang,” I was saddened to learn Peel, one of my favorite Los Angeles chefs, passed away from cancer on Father’s Day, June 20. I wrote about Peel in my restaurant review of the Tar Pit in the Beverly Press in 2011. He was one of the most affable and beloved chefs in the Los Angeles restaurant scene for over 40 years.

As a native Californian, Peel worked in a series of kitchens during high school and college. He enrolled in the hotel and restaurant program at Cal Polytechnic University in Pomona and landed a job with Wolfgang Puck peeling vegetables at Ma Maison. Later, he became the sous chef at Michael McCarty’s restaurant, Michael’s in Santa Monica, where he met and later married the pastry chef Silverton. After a stint at Alice Waters’ Chez Panisse, Puck gave both chefs an opportunity to work at his restaurant Spago on Sunset Boulevard.

Peel became chef de cuisine and Silverton became the pastry chef in the early 1980s. In the film, we learn that one night, when television star Joan Collins arrived to have her usual slices of Silverton’s brioche bread with smoked salmon and fresh dill crème fraîche, the kitchen had no more brioche bread left. Puck took a ball of pizza dough, (maybe along with Peel’s help) and created his iconic smoked salmon pizza that night. The dill crème fraîche replaced traditional mozzarella cheese and a topping of caviar added a layer of luxury. It became an overnight sensation and soon, Wolfgang’s pizzas became the most ordered menu items at Spago. Loyal diners would order 10 boxes to-go to take home and freeze, inspiring Puck’s frozen food items at grocery stores.

Puck became a celebrity chef on television with appearances on the “Today” show, “Good Morning America” and “Late Night with David Letterman,” promoting his restaurants, cuisine and cookbooks. This paved the way for other chefs to write books and appear on cooking shows on the Food Network.

Peel became a star in the open kitchen at Spago with Puck, and together they created what is known today as California cuisine.

When they divorced, Peel kept Campanile and later opened the Tar Pit on the same street.

He was inspired after watching the movie “My Man Godfrey,” with William Powell as Godfrey, a down-and-out man in the beginning, opens a fabulous bar by the end of the movie. Peel recreated the bar, and soon it became a social hub, offering a long bar with an abundance of stools, creative cocktails, live music and an innovative food menu. Its name was an ode to the nearby La Brea Tar Pits.

Peel had good luck with his restaurants on La Brea Avenue. He spent half his time at his successful Campanile and the other half at the Tar Pit.

My husband and I enjoyed dining at his 1940s-Hollywood-style glamorous supper club. Art Deco ironwork separated the dark booths at the Tar Pit. We always ordered the pickled deviled eggs with bacon; fried oysters with crisp ginger and preserved lemon remoulade; and a creamy and comforting macaroni and cheese made with gruyere, cheddar, mozzarella and parmesan.

One night when we dined, his refrigerator broke, and Peel was transferring proteins and produce to Campanile and bringing in bags of ice back to the Tar Pit to prevent spoilage. He stopped by our booth and quipped, “When you own a restaurant, there is never a dull moment.” I remarked to my husband how cool and calm Peel was in this moment of crisis.

After the Tar Pit closed, Peel opened a deli named Point and then a casual coastal seafood outpost named Prawn at the Grand Central Market and in Old Town Pasadena.

With Wolfgang opening doors for chefs to become television celebrities, Peel was invited to be a judge on “Top Chef” and appear in “Top Chef Masters,” among others.

Besides being a wonderful chef, he was a father to five children. Watch “Wolfgang” on Disney+ starting on June 25 to see how Puck, Peel and other chefs created innovative California cuisine that transformed the way Americans eat today.