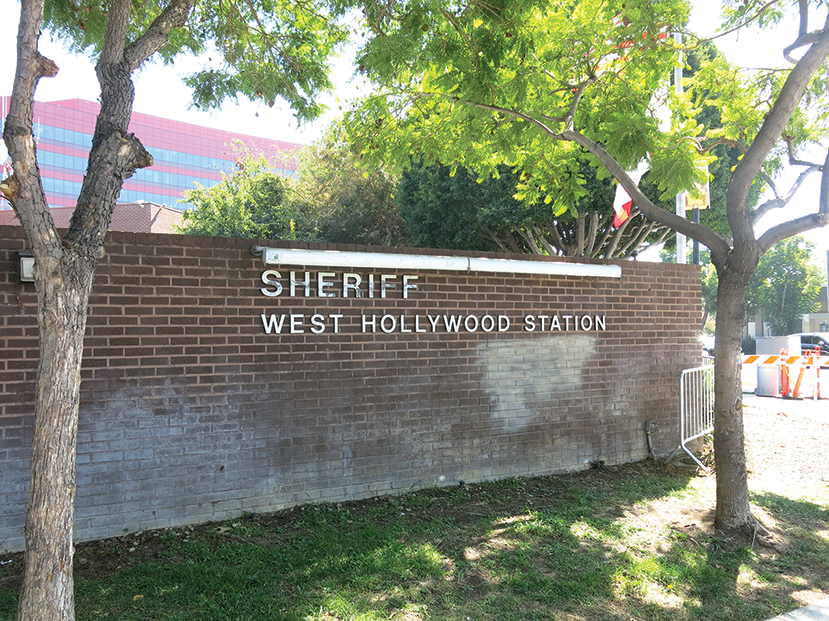 An anonymous LASD deputy alleged that they were asked to fabricate documents while serving in the West Hollywood station. (photo by Cameron Kiszla)

West Hollywood has found itself embroiled in a dispute between the city of Compton and the Los Angeles County Sheriff’s Department.

The LASD, which is contracted to provide police services to Compton and West Hollywood, among other areas, was accused in a legal filing last month of fraudulently billing Compton and patrolling the city less than it was contractually obligated. In a May 26 Los Angeles Times article detailing the filing, an anonymous LASD deputy alleged that while they were working at the West Hollywood Station, they were told to lie about the hours worked by deputies in order to “burn” contracted patrol minutes.

“That’s straight-up fraud. It’s so rampant that it became the norm … At the end of the day, we know it’s stealing, and I’m not a thief,” the deputy told the Los Angeles Times.

After the article was published, West Hollywood released a statement regarding the “serious” allegations and announced plans to discuss the matter during the June 7 City Council meeting. In the statement, the city detailed its current process for ensuring the LASD appropriately bills the city.

“The city of West Hollywood has a regular monthly internal review process for its public safety billing in coordination with its local station’s leadership,” the statement read. “This review process ensures checks and balances and serves to monitor how the city is billed for sheriff’s personnel time.”

The statement added that, in light of the allegations from Compton and the anonymous deputy in the Los Angeles Times, the city was hoping for help from the county.

“The city of West Hollywood looks to the Los Angeles County Board of Supervisors and to Supervisor Sheila Kuehl for a full and transparent process regarding billing discrepancies and misappropriations alleged in the claim for damages,” the statement read.

The June 7 meeting might further that end, as the council will consider “adopting a resolution calling on the Los Angeles County Board of Supervisors and the inspector general to work with the California Contract Cities Association to audit the billing with Los Angeles County Sheriff’s Department for all contract cities,” the statement read.

The statement deferred further comment to the LASD, which did not return a request for comment before press time.