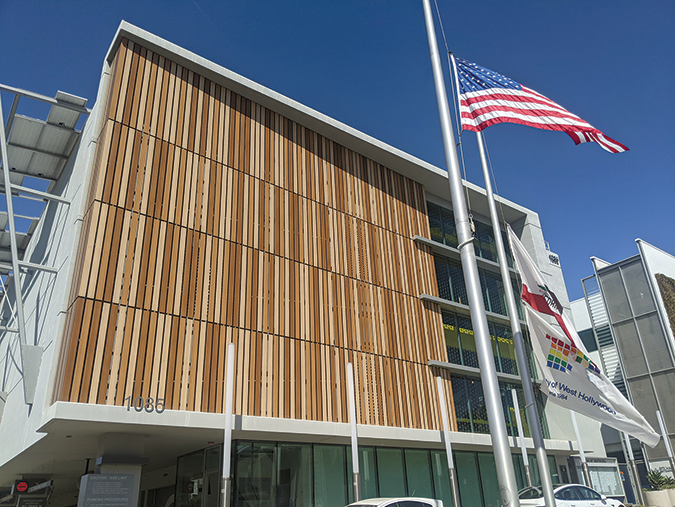 The city of West Hollywood commemorated victims of HIV/AIDS and examined the impact the disease had on the community. (Beverly Press/Park Labrea News file photo)

On June 5, the world marked 40 years since the first five cases were officially reported of what would later become known as AIDS. The U.S. Centers for Disease Control and Prevention’s Morbidity and Mortality Weekly Report described the five cases four decades ago.

The onset of the HIV/AIDS epidemic had a significant impact in West Hollywood. The disease’s elevated infection rate among gay men caused a devastatingly high number of deaths in the city; the city mourns those who have been lost to HIV/AIDS and honors those who work tirelessly in response to the epidemic.

“The city of West Hollywood has been a leader in the fight against HIV and AIDS,” Mayor Lindsey Horvath said. “After unspeakable heartbreak, we’ve seen so much progress in the fight. Today, we see people who are living with HIV thrive because of extraordinary advances in medications and treatment. But, there’s so much more work to be done. In West Hollywood, we’re working to turn our HIV Zero vision into a reality, and we won’t stop until we can declare that HIV/AIDS is over.”

On June 8, the city’s Human Services Commission meeting included a panel presentation about the advancement of HIV medications over the past 40 years, as well as an update about the development of an HIV vaccine and cure. Panelists included Dr. Jay Gladstein, chief medical officer and site medical director, APLA Health Mid-Wilshire; and long-term survivors of HIV/AIDS. To view the presentation visit youtube.com/wehotv.